President Muhammadu Buhari Thursday in Abuja approved the continuation of efforts by the National Boundary Commission to achieve a significant expansion of Nigeria’s maritime boundaries. 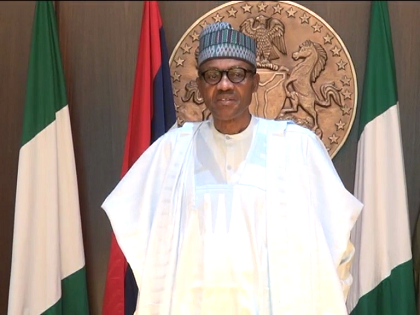 President Buhari gave the approval after being briefed by the Director-General of the Commission, Dr. M.B. Ahmad on the status of preparations for a submission by Nigeria to the United Nations Commission on the Limits of the Continental Shelf (CLCS).

The President also approved the constitution of a Presidential Committee to oversee the conclusion of work on the submission, which could lead to the expansion of Nigeria’s maritime boundaries from 200 nautical miles to 350 nautical miles, if approved by the  CLCS.

In a statement release by the SSA to the President on Media & Publicity, Garba Shehu indicated that President Buhari  has directed the Ministry of Finance to provide the funds required to conduct the  geographical surveys which are essential for the submission.

According to Article 76 of the United Nations Convention on the Law of the Sea, the continental shelf of a coastal state comprises the sea-bed and the sub-soil of the submarine areas that extend beyond its territorial sea throughout the natural prolongation of its land territory to the outer edge of the continental margin, or to a distance of 200 nautical miles from the baseline from which the breath of the territorial sea is measured, where the outer edge of the continental margin does not extend up to that distance.

The objective of the submission being prepared by the National Boundary Commission is to claim for the country a potentially rich maritime territory of up to 104,000 square miles without any war or litigation.

There is a strong likelihood of the presence of large deposits of hydrocarbons, gas and other mineral deposits in the extended maritime territory.