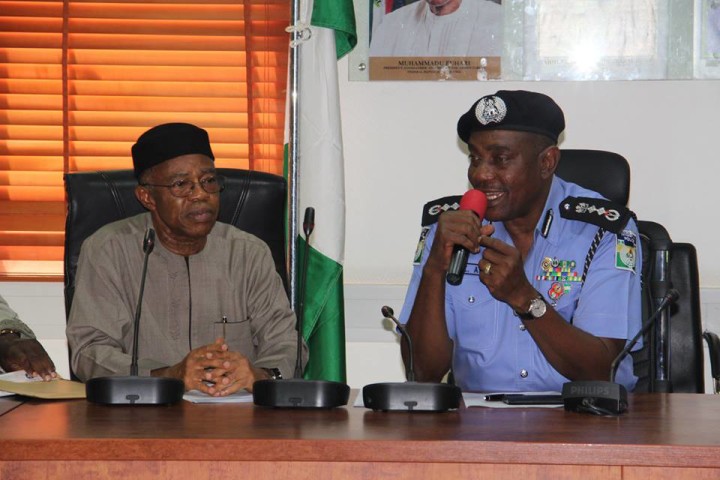 The Inspector-General of Police, IGP Solomon E. Arase fdc, NPM played host to executives of the Manufacturer’s Association of Nigeria (MAN) at the Force Headquarters on 7th December, 2015.

The National Executive of MAN led by its president, Dr. Frank Jacob was full of praises for the Inspector-General of Police led Management Team for removing road-blocks across the country and replacing them with Safer Highway Patrols. He eulogized the Police for the selfless service they render daily to ensure the safety and well-being of Nigerians.

The group also used the medium to donate some consumable items and reflective jackets for the use of operatives of Safer Highways and further look forward to a harmonious working relationship with the Force.

The IGP in his response, thanked the management of MAN for their care and support, adding that it is the first time a body like this have really come to appreciate the efforts of the Force.

He assured the President of MAN that, Police/MAN Consultative Forum will be established to foster the sustainability of the relationship. The IGP was emphatical about the position of the Force on accountability and transparency and will not tolerate any act of indiscipline or unprofessional conduct.

The IGP also made available to the body various channels through which they can make their complaints known to the Force, among which is the recently established Complaint Response Unit.