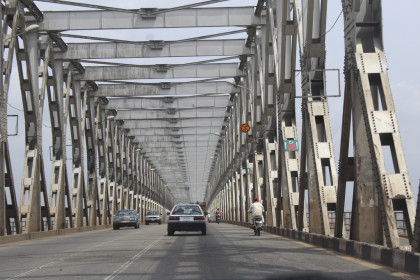 The Buhari Media Support Group (BMSG) commends the Federal Government for listing the 2nd Niger Bridge and Lagos-Ibadan expressway as priority projects under the projects to be executed by the Ministry of Works, Power and Housing in the 2016 budget.
The BMSG notes that by this singular gesture, it is obvious that the Federal Government means well for all sections of the country, especially the South East where infrastructure deficit is most worrisome. It also demonstrates President Buhari’s commitment towards ensuring that the South East zone feels the impact of the “change” he promised Nigerians.

In this regard, BMSG calls on the Biafran agitators to give peace a chance in order for the expected development to take place in the region. It is only in an atmosphere of peace that the much-needed infrastructure development can be realised.

BMSG notes that the Federal Government’s decision to restart the construction of the 2nd Niger Bridge and Lagos-Ibadan expressway is praiseworthy considering their socio-economic impact to the nation’s economy.

BMSG recalls that for many years, the two key infrastructure projects have been neglected to the point where they became the focal point of protests and agitation and indeed death trap to the citizens.
10th December 2015