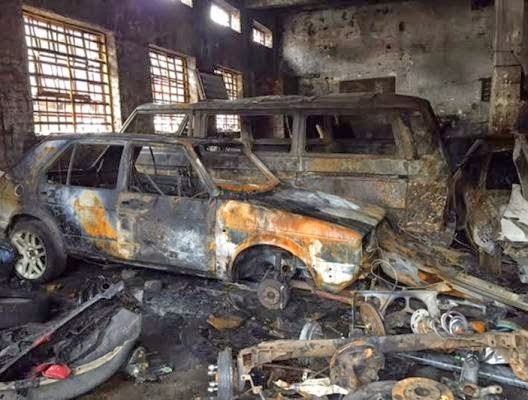 A Nigerian automobile workshop owner, Lucky Ndudi, whose workshop was attacked in the xenophobic attacks in South Africa eight months ago, has appealed to the Federal Government to assist victims of the incident.

Ndudi, a 35-year-old native of Delta and father of three, told the News Agency of Nigeria (NAN) in Johannesburg that he lost everything to the attacks.

He said forty-seven (47) cars in his mechanic garage were damaged. Some car parts and tools were stolen and the garage was burnt. This lost amounts to R1.1million Rand (N19.7million) and things have not been easy for him and his family, because he has lost everything during the attack. He added.

Ndudi said that after the attacks, the Nigerian Consulate in South Africa and Nigeria Union collated the inventory of damages and losses by Nigerians and sent same to the Federal Government.

He said, after eight months, the government has not given them any assistance and he has moved out of his accommodation to a cheaper one due to his present situation.

Ndudi has appealed to the Federal Government to implement the report on the attack and assist Nigerians who suffered losses.

He also solicits the help of organisations and well meaning Nigerians for them recoup their business.