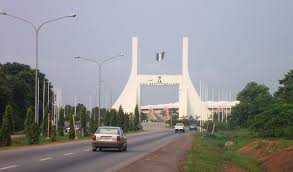 Minister of the FCT, Malam Mohammed Bello says the priority of the present FCT Administration is to complete most of the abandon projects in the Federal Capital city.

The Minister who disclosed this during his maiden world Press conference in Abuja, the nation’s capital, said this will enable the capital city compete favourably with other mega cities in the world

The Minister said that the aim was to facilitate an administration that would promote a modern and sustainable city, with viable self- funding and an economy capable of providing employment to the teeming youth.

Speaking on some of the abandoned roads projects in the city, the minister said that, “the acute problem of traffic congestion faced by commuters in many locations will receive immediate attention through expedited completion and opening of more feeder roads, in particular, we would complete the Apo-Karshi-Aya road to provide alternative route into the city and ease congestion at the Nyanya-Mararaba axis”.

The minister also disclosed that he has directed the Satellite Towns Development Department (STDD) to relocate to Karshi Satellite Town to enable them perform their functions properly.

“The Satellite Towns Development Department must concentrate on road network to open up the rural areas and ease pressure on the existing ones” Malam Bello noted.

On the his commitment to make Abuja Environmental friendly and secure, Malam Bello noted that he personally visited and met with the staff and management of Abuja Environmental Protection Board ( AEPB ) with the view to improving the cleanliness of the city, waste management and removal of illegal and environmentally hazardous structures within the next three months.

“AEPB shall be made to carry out its statutory duties in a more proactive manner including enforcement of extant sanitation regulations on street hawking and begging, among others”, he added.

Speaking on the quality of Education within the Federal Capital Territory, Malam Bello frowned at the performance of students in the West Africa Senior Examination and National Examination Councils of Nigeria, in the last three years in the FCT.

He said that the administration will give priority to teaching aids, vigorous school inspections, training and welfare of teachers and health workers as well as the rehabilitation of schools and hospitals in order to meet the basic needs of the FCT residents.

He charged the teachers in the FCT to restructure their priorities by paying more attention to the improvement of the quality of teaching and educational materials in order to raise the performance level of students at the examinations.

Commenting on the activities of commercial motorcycles (Okada) and tricycles (Keke Napep) in the territory, the minister reaffirmed that, they remain banned from operating within the 250 square kilometres of the Federal Capital City.

According to him, tricycles and motorcycles, popularly called Keke and Okada would only operate outside the city centre and designated areas like estates and Area Councils respectively.

On land allocation to individuals or corporate organisations, Malam Bello said henceforth, the allocation of land must be done through the FCT Land Use and Allocation Committee.

He reiterated that, it was not business as usual, “gone were the days of arbitrary allocations of land in the Territory, as all land allocation must follow due process by following all extant rules”.

The minister further disclosed that, measures have been put in place to ensure sustainable security regime in the Federal Capital Territory.

He said part of the measures include, active and constant engagement with all stakeholders, adequate support to the security agencies, periodic assessment of relevant needs, as well as synergy with security agencies in neighbouring state.

Shedding more light on Abuja Master Plan, Malam noted that, he had directed all agencies to ensure strict compliance with and full legal enforcement of the provisions of the Abuja Master Plan to address instances of violations and abuses such as building on green areas and sewer lines.

Malam Bello said the issues of outstanding of Resettlement and Compensation Scheme affecting original inhabitants of the FCT will be look into as to have a peaceful resolution of their legitimate claims.

“We will reform infrastructure maintenance system through the mechanism Teams in all Districts to undertake prompt repairs and management on a sustained basis, including landscaping, drainages, street and traffic lights as well as road maintenance” the minister stressed.

For his part, the Permanent Secretary of FCT, Dr. Babatope Jakande called on various stakeholders in the country, particularly the media to key into the agenda of the present administration to enable the city achieve it dream of competing favourably with other mega cities in the world.