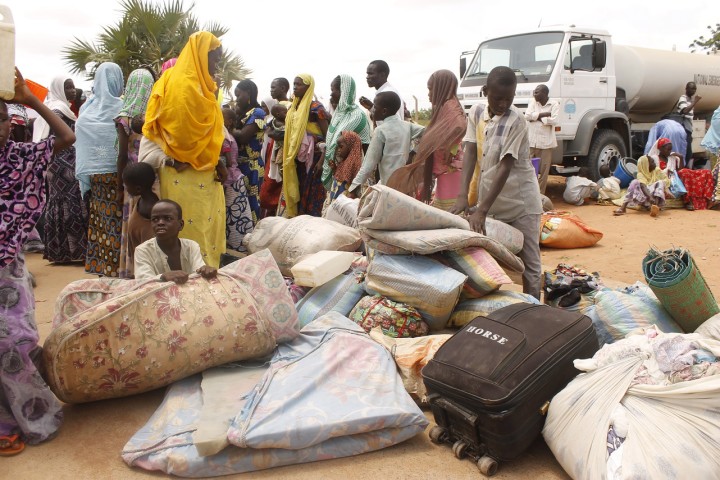 Adamawa State Emergency Management Agency on Sunday, said that about 90 per cent of Internally Displaced Persons in the various camps in the state had returned home.

Secretary to the agency, Mr Haruna Furo, disclosed this in an interview with the News Agency of Nigeria (NAN) in Yola, said the affected persons were from seven local government areas of the state.

He said that displaced persons remaining in the camps are those whose villages are at the fringes of Sambisa, who felt it is still not safe to go back home.

Also an official of the National Emergency Management Agency (NEMA) in the state, Sa’ad Bello, told NAN that the displaced persons that remained at the camps were those recently evacuated from Cameroon.

He said not more than 10,000 of the 30,000 affected persons were still at the camps, adding that most of them were from Borno.

Bello said some of the displaced persons were however staying with their relations and friends.

He said that NEMA in collaboration with the state government and other international organisations, have been working to put some basic things, such as hospitals and schools in place for the returnees.

He added that NEMA is providing returnees with little support, while resettlement and rehabilitation of the affected villages will be handled by the Presidential Committee.

NAN recalls that the Adamawa House of Assembly had passed a bill establishing the State Rehabilitation and Reconstruction Agency.

The agency to be funded by the state government, would reconstruct damaged facilities and residential houses in Madagali, Michika, Mubi North, Mubi South, Maiha, Hong and Gombi.
The bill, sponsored by Mallam Hassan Barguma (APC-Hong) was aimed at alleviating the suffering of the affected communities.