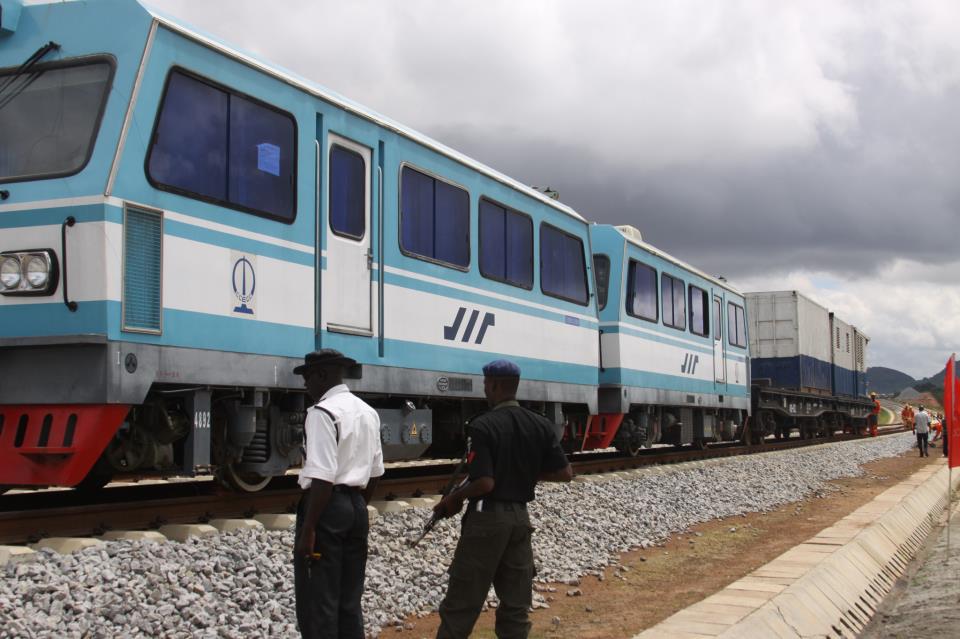 As measure to compliment the present mode of public transportation and to reduce traffic gridlock often experienced at peak periods in the Federal Capital Territory, the FCT Administration said, it was working assiduously to make the Abuja rail system operational in the last quarter of 2017.

The FCT Minister, Mallam Muhammad Bello while receiving the Minister of State for Petroleum Resources and Group Managing Director of NNPC, Dr. Emmanuel Ibe Kachichwu in his office in Abuja, disclosed that the last quarter of 2017 was the new target envisaged by the FCT Administration.

He noted that, when the Abuja rail comes on stream, it would revolutionise the transportation system, as the use of personal vehicles would become unattractive.

Mallam Bello added that the rail transportation would go a long way to create employment for residents of the Federal Capital Territory.

Speaking on how to address the problems of fuel scarcity in country, the Minister noted that, the FCT Administration was prepared to go into partnership with NNPC by giving befitting and strategic plots of land for the mega stations, which would give the Administration equity share in the business.

He called on the Nigerian Minister of State for Petroleum resources to build NNPC Mega Filling Stations across the six area councils of the FCT instead of only one earmarked for each Senatorial district in the 36 states of the federation; saying that a large population of the territory resides in the area councils and satellite towns.

The Minister promised that, the FCT Administration was willing to provide good locations in the headquarters of the six Area Councils for the filling stations.

Speaking earlier, the Minister of State and Group Managing Director of NNPC, Dr. Emmanuel Ibe Kachikwu, said the Corporation was planning to construct additional Mega Filling Stations in all the Senatorial Districts of the country in partnership with the states of the federation which is three per state.

Dr. Kachikwu further revealed that, “fifteen state governors had already indicated interest by providing plots of land for the programme and therefore called on the FCT Minister to key into the scheme by making available its plot of land for the purpose”.