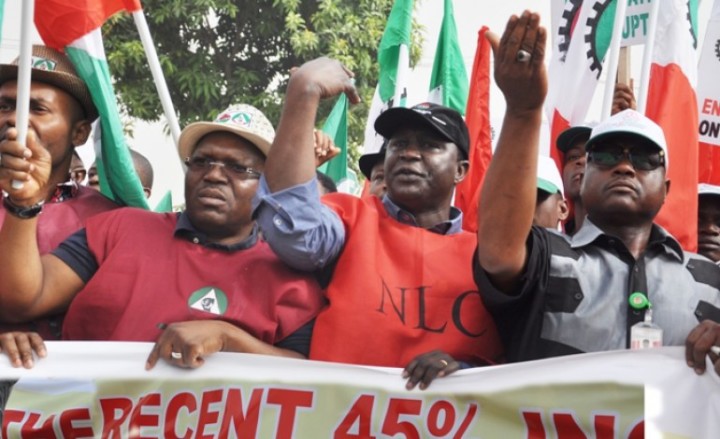 The Organised Labour , comprising the Nigeria Labour Congress and the Trade Union Congress an Monday picketed the offices of the Abuja Electricity Distribution Company (AEDC) and the Nigerian Electricity Regulatory Commission (NERC).

The protest was to press home their demand for the reversal of the 45 per cent electricity tariff increase which took effect on Feb. 1.

The joint action was led by NLC and TUC Presidents Ayuba Wabba and Bobboi Kaigama respectively.

Wabba said that the congress would not accept any tariff increment in view of the current harsh economic situation of the country.

The President said NLC would not accept the tariff increase in this hard economy and that the illegal process that gave rise to the increase should be revisited.

Kaigama, in his speech, advised NERC to look beyond incessant increase in electricity tariff and see to it that the government improves service delivery.

Bukar gave an assurance that the complaint would be addressed in the interest of the citizenry.

NAN reports that the protesters displayed placards which read “ We say no to electricity tariff increase’’; “We have come of age and the era we are deprived of what belong to us is over.’’

Other inscriptions were “Say no to 45 per cent increase in electricity bills’’, “we cannot pay more for darkness’’, “Nigerians say no to estimated billing’’,“ NERDC and DISCO: obey court order, we are in democracy’’, Privatisation is corruption’’, we need light not darkness.’’