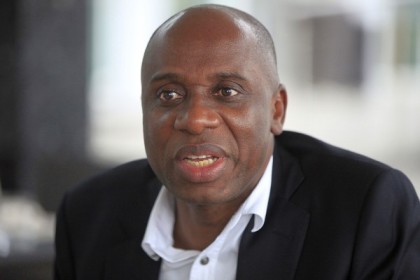 The Ministry of Transport says it has commenced discussion with President Muhammadu Buhari to ensure that the nation has a national carrier.

The Minister of Transport, Mr Rotimi Amaechi, made the this known during the 2016 budget defence of the ministry before the Senate Committee on Aviation.

Amaechi said that a lot of investors are interested, so the government will not be fully involved but will provide policies to guide.

The Minister said said that the ministry would soon commence `extensive audit’ of the renovation of the nation’s airports carried out by the past administration.

He said that the ministry was poised to ensure that the aviation industry was better positioned to meet international standards.

The minister also said that the ministry was working on expanding the runways of the airports to ensure safety of passengers.

He assured the committee that the 2016 budget would bring about the desired change in the aviation sector, when passed.

The Chairman, Senate Committee on Aviation, Sen. Hope Uzodinma, said that the deplorable state of the nation’s airports called for concern.

He urged the minister to ensure that adequate steps were taken to reposition the nation’s airports.

The lawmaker, however, observed that the ministry included some projects contained in the first phase of the airport remodeling in the 2016 budget when work was almost 99 per cent completed.