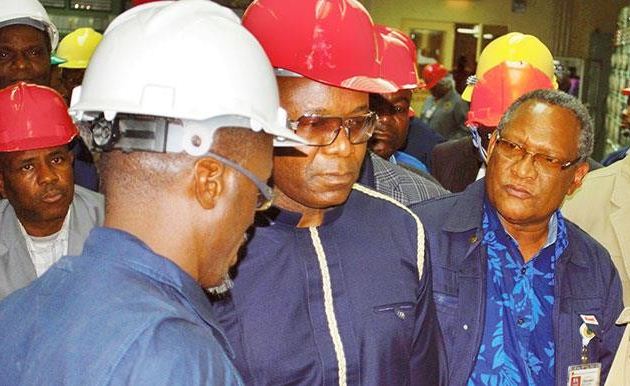 The Minister of State for Petroleum, Dr Ibe Kachikwu, said Federal Government is putting in place modalities to end importation of Premium Motor Spirit (PMS) known as petrol within the next 12 to 18 months.

Dr. Kachikwu disclosed this while addressing the media on Tuesday in Abuja.

He said the government was working toward repaying the 5.1 billion dollars arrears it owed its Joint Ventures (JV) partners within a six-month time frame.

Kachikwu stated that the process of fixing the refineries had started and it was looking at entering into series of partnerships with investors and oil majors.

It can be recalled that the nation’s four refineries have never reached full production capacity because they lacked proper maintenance and were sabotaged through pipeline vandalism, oil theft and other forms of sabotage, which prompt the country to rely on expensive imported fuel to meet the nation’s energy needs.

He added that partnership would be on the upgrade of the refineries and in co-location of refineries along with existing refineries.

The Minster said that for government to totally revamp the refineries, the country would require about 400 million dollars and the Federal Government is considering sourcing the funds from interested investors.

Kachikwu said that when the refineries were finally fixed, they would contribute in building the country’s strategic fuel reserves. He said that there is a grand plan to boost the nation’s crude oil output from its current 2.3 million output to 2.4 million barrels per day before the end of the year.

The Minister said the Nigerian National Petroleum Corporation (NNPC) was looking at replacing almost all of its pipelines because most of the pipeline networks were spanning for over 30 years.

On the issue of unbundling of the NNPC, Kachikwu said it would be done into seven key business components.

He said that the subsidiaries would be broken into about 20 companies.

He said the notion that the NNPC will be unbundled to 30 companies, was not correct. He assured that no job will be lost,  rather everybody would get busy.