Government Appologize To Nigerians For Power Situation, While Blaiming It On Vandalization And Sabotage 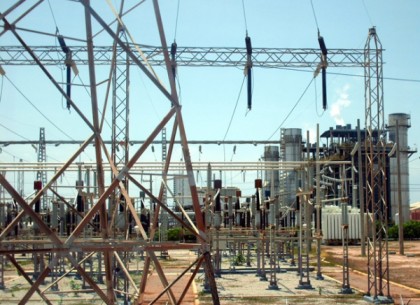 and vandalization of power infrastructure, while apologizing to Nigerians for the hardship which the situation has imposed on them.

In a statement issued in Abuja on Friday, the Minister of Information and Culture, Alhaji Lai Mohammed, said all efforts are being made to rectify the situation and ensure a gradual improvement in the power situation.

”There will be a decent improvement in the power situation from this weekend, thanks to ongoing remedial efforts that will double the current power supply to 4,000WM. Getting back to the 5,074MW all-time high that was reached earlier will take a few more weeks,” he said.

Alhaji Mohammed said at a time the routine maintenance by the Nigeria Gas Company has affected the supply of gas to power stations, forcing down power supply from an all-time high of 5,074 MW to about 4,000MW, a combination of unsavoury incidents further crashed the power supply to about half that figure.

”The vandalization of the Forcados export pipelines forced oil companies to shut down, making it impossible for them to produce gas. Then, workers at the Ikeja Discos, who were protesting the disengagement of some of their colleagues after they failed the company’s competency test, apparently colluded with the National Transmission Station in Osogbo to shut down transmission.

”Finally, the unfortunate strike by the unions at the NNPC, over the restructuring of the Corporation, shut down the Itarogun Power Station, the biggest in the country. Due to these factors, only 13 out of the 24 power stations in the country are currently functioning. It is this same kind of unsavoury situation that has affected fuel supply and subjected Nigerians to untold hardship,” he said.

The Minister strongly condemned the situation in which some Nigerians, under the guise of the various unions in the oil and gas sector or sheer vandalization, will continuously sabotage the country’s power infrastructure.

”The bitter truth is that for as along as these groups of Nigerians continue to sabotage the power infrastructure, Nigerians cannot enjoy a decent level of power supply. We therefore admonish all Nigerians who may be agitating for their rights in whatever form to refrain from any action that will further hurt the same people they claim to be protecting,” he said.