Ex-NNPC Boss Barkindo Nominated By Nigeria As Next OPEC Chief 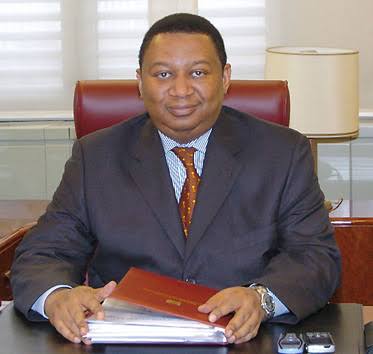 Nigeria has nominated the former chief of its state oil company to be the next secretary-general of the Organization of the Petroleum Exporting Countries, delegates with the group said, potentially ending a deadlock over the cartel’s leadership.

The nomination of Mohammed Barkindo was put forward in recent days by Nigeria to replace Abdalla Salem el-Badri as OPEC’s secretary-general, the delegates said. Mr. Badri has led OPEC for over nine years and was supposed to leave at the end of 2012, but the cartel couldn’t reach a consensus on a replacement.

The nomination comes at a critical time for OPEC, which is grappling with divisions among its 13 member nations over how to deal with the collapse in global oil prices. Some members like Venezuela want OPEC to cut its own oil production to reduce supply and raise prices, while others like Saudi Arabia want to let market forces work mostly on their own.

The secretary-general isn’t a decision maker in OPEC like Saudi Arabia’s oil minister Ali al-Naimi, for instance. But Mr. Badri has played a key role in brokering agreements and bridging differences between the cartel’s fractious members on production policies.

Mr. Barkindo worked as OPEC’s acting secretary-general a decade ago. He led the Nigerian National Petroleum Corp. from 2009 to 2010. He didn’t return messages seeking comment.

OPEC has been trying to replace Mr. Badri since 2012, but members failed to reach a consensus over whether a national from Iraq, Saudi Arabia or Iran should head the organization. The secretary-general is nominated for a three-year term by member countries. The position is voted on at ministerial meetings, with the next one scheduled on June 2 in Vienna.

OPEC delegates have previously said Indonesia, Nigeria or Angola are the most likely countries to produce the cartel’s leader because they are seen as neutral in the group’s geopolitical disagreements.

A Nigerian candidate would be better option to reach a consensus because members like Iran wouldn’t approve a Saudi candidate, said one OPEC delegate from a Persian Gulf Arab country. Saudi Arabia and Iran are regional rivals for power in the Middle East and at odds over the civil war in Syria and violent conflicts in Yemen.

Another oil official from the region said Mr. Barkindo “is very popular, experienced,” but his success would depend on whether Indonesia fields a candidate. Mr. Badri may also want to stay on “but he cannot stay forever,” another Persian Gulf official said.