NOA To Create Awareness On Achievements of The Present Administration 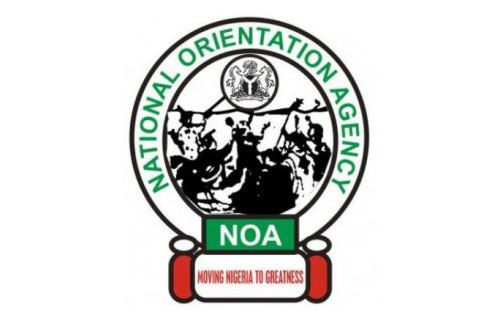 The National Orientation Agency (NOA) said it is planning to sensitise communities across the country on the Federal government programmes, achievements and core values.
Mrs Ngozi Ekeoba, the Acting Director-General of the agency, said this in an interview with News Agency of Nigeria (NAN) on Thursday in Abuja.
“Since the inception of this government, we have articulated all the achievements right from the inception till date, we intend taking this programmes or achievements to the states down to the grassroots.

“We are going to organise town hall meetings, village meetings and whatever we need to do to make sure we acquaint the Nigerians with what government has been doing for their betterment.

“People see government as fighting just corruption; they don’t know that they have done a lot; our staff have been trained to know these achievements at their fingertips in order to communicate effectively.

“So it’s now NOA’s responsibility to use our robust platform to communicate and sensitise the citizenry of this.

“Once our attitudes are right, these things will be corrected, especially corruption. Corruption is not just one; so many things are tied to corruption not just the money aspect.

“For instance, coming to work late is corruption, if you don’t give those hours and you are paid full, is that not corruption?
Ekeoba said that the sensitisation campaign was aimed at educating citizens on the nation’s core values of discipline, integrity, dignity of labour, social justice, and religious tolerance,’’ Ekeoba said.

She added that getting information down to the grassroots was challenging due to paucity of fund.
She however expressed optimism that with passage of the budget, things would begin to shape up.

Ekeoba explained further that the greatest challenge was getting these things to the grassroots.

“These people are people that cannot reach out to the social media, they are not educated, they only have their radio; many of them don’t even have money to buy batteries.

“The grassroots are our main audience, if we don’t get to the grassroots; we have not made any impact,’’ she said.
She said that there was the need for Nigerians to be patriotic and love the country.

“It’s quite unfortunate that most of us do not love our country; tell me, why should somebody be driving on the street when the street light is showing red?

“You disobey the law, waiting for somebody to tell you to obey the traffic light, our problem in this country is that we know the right thing but we don’t want to do it.

“There are so many things we do wrong in this country. That is why earlier on, we came up with the slogan ‘Do the right thing’, she said.

Ekeoba also solicited the support of all in order to ensure that the actualisation of the `change mantra’ of the Federal Government.

NEWER POSTChibok Parents Identify Suicide Bomber Who Claimed To Be One of 219 Missing #ChibokGirls
OLDER POST#NSS2016: President Muhammadu Buhari In DC To Participate At The 4th Nuclear Security Summit