Lagos 4th Mainland Bridge Underway, As Government Is Set To Sign MoU Before May 29 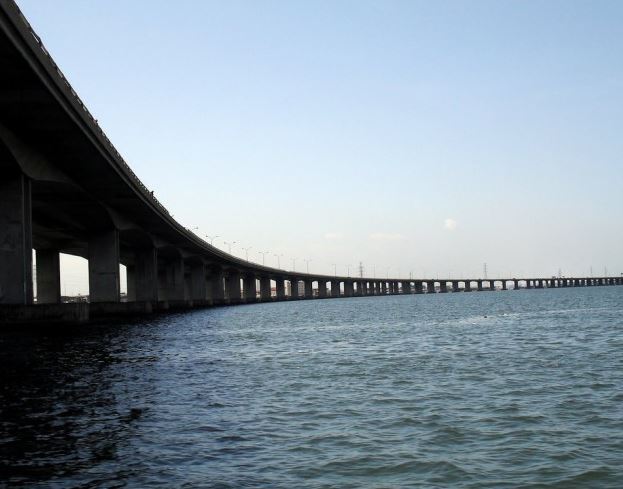 Lagos State Government said that it would sign a Memorandum of Understanding (MoU) with investors for the construction of the proposed 4th Mainland Bridge before May 29.  of on Thursday said the State Government

The state Governor, Akinwunmi Ambode, while speaking at the Third Quarterly Town Hall meeting in Ikorodu, said that the bridge would run from Ajah to Ikorodu, to Isawo, and berth at Ojodu, Ikeja, back to the Lagos-Ibadan Expressway.

“Many investors have shown interest in the actualisation of our dream for the 4th Mainland Bridge,” he said.

Ambode said that once the MoU was signed, works would begin on the bridge, which would boost the economy of Lagos-East Senatorial District.

Ambode also said that plans were underway to convert the Ikorodu-Imota-Itoikin-Agbowa Road to an eight-lane road under the
Build-Own-Transfer (BOT) scheme.

He said that though the government did not have fund for the reconstruction of the road, some investors had shown interest in
the project.

Ambode said the road would be built under the Public-Private Partnership (PPP) programme.

He said the road coversion will be a PPP Project; “there will be three lanes on both sides and the remaining two lanes in the middle will be reserved for rail development in the future when the government has funds for the project,” he added.

On commercial motorcycle riders operating on Mile 12- Ikorodu Expressway, Ambode ordered the Commissioner of Police and other security agencies to enforce the law in the area.

He said that from now on, they would no longer be tolerated, as government would take drastic action to nip the menace in the bud for
the safety of lives.

“As much as Okada is dangerous to our safety and security, we as government must create alternative.” He said.

He also ordered the taskforce to serve evacuation notice to all occupants of shanties at Ajelogo-Akanimodo in Ikorodu , after
which demolition should commence in earnest, noting that such places harboured criminals.

Ambode, while reeling out the achievements of his administration in the last three months, said the state had achieved major
breakthrough in the area of security.

He said that since the launch of the N4.78 billion security equipment, the state had won several battles against crime.

Ambode said the quick response in the rescue of the kidnapped girls in Ikorodu and the quelling of the Mile 12 riot were testimonies of the
effectiveness of the security system in the state.

The governor said that many criminals had so far been arrested since the launch of the security equipment.

Ambode said his administration had also recorded success in its Light Up Lagos Project as 68 rural communities were recently connected to the national grid.

He said that places like Ile-Zik down to Tollgate on Lagos-Abeokuta Expressway had been lit up.

Ambode disclosed that the Light Blue Rail project was now about 85 per cent completed.

On education, Ambode said N561 million was paid by the State Government as West African Examination Council (WAEC) fees of 46,000 public school students in the state for this year’s Senior School Certificate Examination.

The Governor said his adminsitration is methodically and strategically pursuing programmes to put Lagos on the world stage as a megapolis.

He urged the people of the state to pay their taxes to take ownership of the projects the government has initiated and together build the Lagos they always dreamed of.