The Standards Organisation of Nigeria (SON) has warned block moulders against using poor quality products with a view to curbing incessant building collapse in the country. 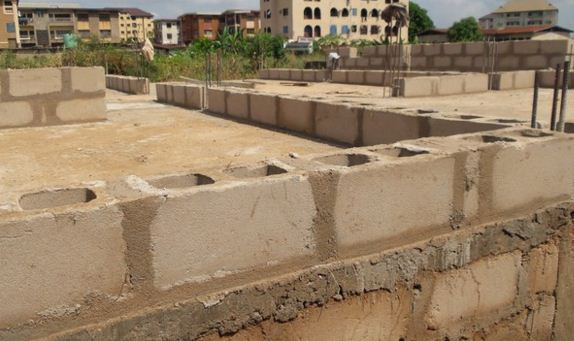 The organisation’s Regional Coordinator, South-West, Mrs Mojisola Kehinde, gave the warning in Osogbo on Tuesday at a workshop organised for members of the Blocks and Sandcrete Products Producers Association.

According to the coordinator, if block which is an integral part of a building is well moulded and other components produced in the right quality, building collapse would be minimised.

Kehinde said the workshop would sensitise the block moulders on the proper application, usage of cement and the interpretation of Nigerian Industrial Standard’s procedure for Sandcrete blocks.

She said the organisation would continue to collaborate with relevant stakeholders in the building industry to reduce incessant building collapse in the country.

She stressed that it is important  to focus on block moulders, because housing is a critical human need aside from food and clothing.

“While block is also a major input into housing, the need to standardise this important aspect of our essential requirements is, obviously, important.

“SON has the mandate to elaborate, implement and enforce standards so as to attain the highest level of service delivery and product quality,’’ she said.

In his remarks, the Coordinator of SON in the state, Mr Sunday Badewole, said the workshop was organised to address the gap that usually leads to building collapse.

Badewole said the workshop would provide the participants the needed knowledge and idea that would improve on their production techniques.

He said that happenings in the construction industry, particularly, as it relates to building collapse, prompted the organisation to organise this workshop.

“He added that the workshop is aimed at sensitising the stakeholders on the need to imbibe the culture of producing quality Sandcrete products to reduce incidences of building collapse in the country.