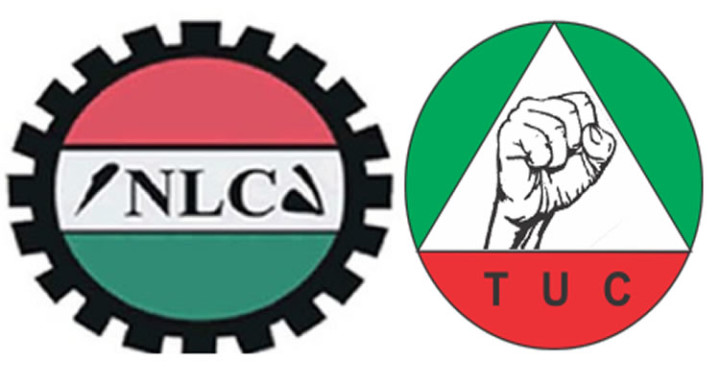 A coalition of civil society organisations has called on the Nigerian Labour Congress (NLC) and the Trade Union Congress (TUC) to shelve their proposed nationwide strike over the increase in the price of petrol.

This was disclosed in a statement signed and issued by Mr Tosin Adeyanju, Executive Director, Conscience Nigeria, for the group and issued on Sunday in Abuja.

He listed some members of the collation supporting deregulation of the oil sector as Stand up Nigeria, Centre for Leadership Development (CPALD), National Youth Council of Nigeria and Arise Nigeria.

Adeyanju said that embarking on strike would do more harm than good to the country’s economy.

He said the groups are all aware of the implication that will arise as a result of this sudden change.

Adeyanju said Nigerians must endure this phase in other for the nation to survive these present economic realities that are very obvious.

“We equally appeal on the NLC and other civil society colleagues to shelve the proposed nationwide strike and engage the government. He said.

The group asked NLC to engage government on the need to create immediate palliatives to cushion the effect of this policy instead of worsening the already bad economy of the country.

“If our country is shut down as proposed, billions of naira will be lost and the country will suffer for it in the long run,” Adeyanju said.

He said that no fewer than 20 CSOs were in support of the bold step of the Federal Government to fully deregulate the oil sector.

According to Adeyanju, the new phase of deregulation championed by the Minister of State for Petroleum Resources was worthy of commendation after many years of monumental corruption in subsidy regime.

He said no nation can move forward without liberalization or deregulation of its critical economic sector like ours as it was done in the telecommunication sector.

“About 80 percent of our country’s revenue comes from oil proceeds and as the global economic meltdown continues, there is need for this to take place if we must be taken seriously in the comity of nations. He said.

He Therefore, said that the step taken by the minister to deregulate this critical sector is the best at this material time.

The group proposed immediate interventions by government to cushion the effect of the new pump price of petrol, and called for introduction of subsidized transportation system across the country to ameliorate sudden hike in transportation rates.

They also urged government to immediately begin the implementation of the 2016 budget.

He asked the government to begin begin immediate engagement of all stakeholders across the country to inform them about the benefit of deregulation and its benefit to the Nigerian people.

“Finally, we all must be conscious of the fact that we have no other country than Nigeria.

“We all must strive to make sure that the country works for the good of all and the present leadership of the country has demonstrated that by its action thus far.

As responsible citizens, he asked all to support the administration’s effort in stamping out corruption from our nation fabric.