Mr Bobboi Kaigama, the President of Trade Union Congress of Nigeria (TUC), on Sunday said the union shunned the ongoing strike by Nigeria Labour Congress (NLC) in the best interest of Nigerians. 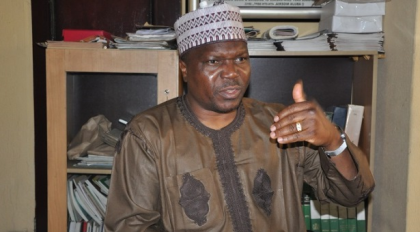 Kaigama said this in Jalingo in an interview with newsmen.

He said that the country’s economy would have collapsed if the union had insisted on the old pump price regime of N86.50 or joined NLC to embark on the strike.

According to him, the old price regime became practically unsustainable given the facts and figures presented to the union by the Federal Government`s team during negotiations.

“Our economy is heavily dependent on crude oil sales and in the figures presented to us NNPC made N550 billions on sales of crude and only N50 billions was remitted to the Federation Account.

“The chunk of N500 billions was used to import refined petroleum products.

“That was the reason why the three tiers of government in the last federation account meeting shared what was considered to be the least to be shared in the last 16 years.

“If we had insisted on the N86.50, our members would not receive salaries in the next two months.

“ So, when we saw this position. Instead of remaining dogmatic, we opted for negotiation on how to move forward to avoid the collapse of the economy, “ he said.

Kaigama said that the union signed an agreement with the Federal Government to address the issues of minimum wage and palliatives for Nigerians to cushion the effects of the increase.

“We also signed an agreement for the reconstitution of the board of Petroleum Products, Pricing and Regulatory Agency (PPPRA) to include members of organised labour so that we can monitor the template for the distribution of petroleum products from depots to the retail outlet.

“Part of that agreement was that all refineries must be brought to life and enabling environment provided for modular refineries to operate around the existing refineries.

“These modular refineries, we belief would go a long way to help in the supply of our local consumption need, “ he said.

He advised state governors to look inward on ways to grow their Internally Generated Revenue to enable them to meet the development needs of the people.

Kaigama said that the union would monitor closely the disbursement of bailout funds and would report any state that diverted the bailout funds to the EFCC and ICPC for necessary action.