Residents Call On Al-Makura To Clean Up Mararaba, Masaka 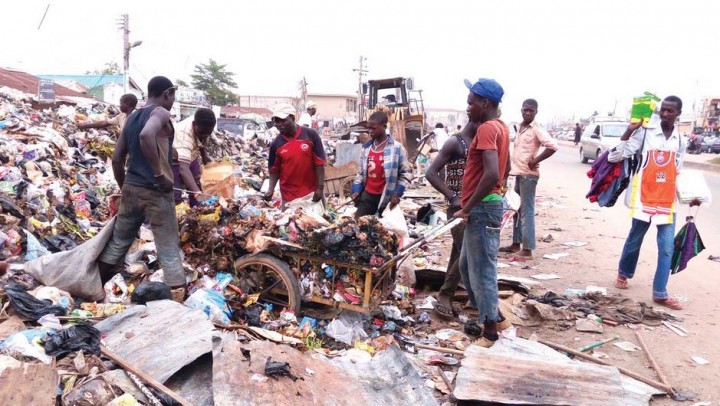 Residents of Mararaba and Masaka in Nasarawa State have called on Governor Tanko Al-Makura to clean up the areas as the raining season sets in.

The residents of the area made this plea in separate interviews on Wednesday, while showing their disapproval of the ugly state of the environment.

Mr Clement Adamu, a resident said that the residents had tried their best to clean up the environment but the populations of both areas were far too high for the little infrastructure in place.

“See the whole place is covered with dirty, you cannot even identify a gutter because it had been blocked by rubbish.

“The local government people are not helping matters; they are only interested in collecting revenue and nothing else.

“See how people come and dump refuse in the waterway, now the raining season has set in all the roads will be blocked.

“We are begging the governor to come to our aid in Mararaba, especially as government makes a lot of revenue here but it hardly cares for the environment, ‘’ Adamu said.

Another respondent of Mararaba, Mrs Rebecca Chukwu complained about the scavengers that scatter the dirt all over the place in the process of looking for items.

“All these boys that are going about picking things from the dump sites scatter them all over the place and cause more problems for residents.

“If only the government can convert this refuse issue to an opportunity to create jobs and revenue for the state by converting the waste to wealth, it will be better for us all.

“We are really suffering in this part of the state though I know that other places in the state are also neglected.
“The government is not utilising the proximity of the state to the federal capital to its advantage at all; the government of Al-Makura should wake up and do the needful,’’ she said.

Alhaji Mubarak Danladi, a resident of Masaka also in the State said that the residents had lost the value of cleanliness by neglecting their environment.

“Sometimes you see a grown man squatting at the road side defecating, some just stand by the road and urinate.

“It is all a degradation of our value system, it is a general sickness, so it is not only to do with the government, we as individuals should change ourways, and we will see it reflected in our surroundings.

“People should learn to be responsible citizens; we should first do our parts as a people before calling for government’s intervention.

“Because even if government cleans up the refuse and people come and litter again, it is not sustainable.

“If everyone plays his or her role then a clean environment can be achieved and sustained,’’ he said.