The Electricity Meter Manufacturers Association of Nigeria (EMMAN) on Monday complained of low patronage by electricity distribution companies (DISCOS), saying this could result in non-sustainability of their business. 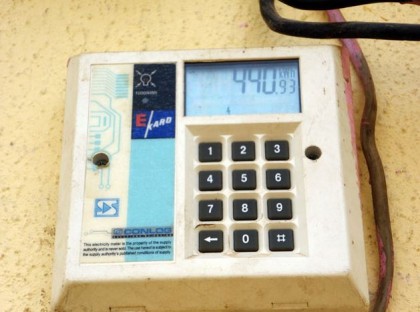 Ibrahim said that their demand was even low.

He added that most of the DISCOs complained that they lack funds to purchase the meters.

The EMMAN scribe said most of its members had to retrench some of their staff because they could not sustain them due to poor patronage.

He urged the DISCOs to stop importing meters, saying by doing that, they were boosting and developing the economies of foreign countries at Nigeria’s expense.

“The Federal Government needs to intervene in order to prevent the metering industry from collapsing.

“Government can compel the DISCOs to buy meters from us, the local manufacturers, because we produce quality meters.

“By doing this, the government will be promoting local- content initiatives introduced to promote the growth of indigenous business operators.

“At the same time, government will be helping to conserve foreign exchange,’’ Ibrahim said.

Also, monies spent on importing both raw materials and finished goods would be domiciled in the country, he said.

“When we make do with what we have, we are saving the country from brain drain.
“The multiplier effects are industrial growth, technological advancement, employment generation and many other things,’’ he said.

The EMMAN scribe said that if its members were patronised, they would be providing job opportunities for many unemployed and before long, be making positive contributions to the Gross Domestic Product (GDP).

Ibrahim noted that the manufacturers had the capacity to produce 25,000 meters monthly.

The five manufacturers currently producing 5,000 meters on monthly basis have the capacities to double their productions, he said.

Ibrahim identified the erratic power supply in the country as a major production challenge, adding this had forced his members to rely on generators.

“The dollar is extremely high and most of the raw materials for meter-production are not available in the country,’’ he said.

He gave the advice while inaugurating the Mass Meter Deployment programme in Kano.

Fashola said: “Patronising the local meter manufacturing companies is the way to diversify and save foreign exchange.’’

He said that the inauguration of the scheme in Kano was a clear indication that the Kano Electricity Distribution Company (KEDCO) was committed to ensuring effective service delivery.

He commended KEDCO for the initiative and urged other DISCOs to develop their own strategies for mass deployment of meters for the benefits of their customers.