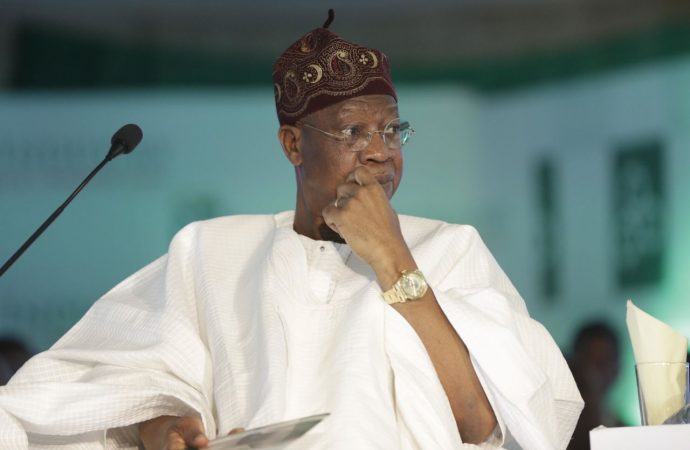 The Minister of Information and Culture, Alhaji Lai Mohammed has said that African nations have agreed to work together in their quest to successfully transit from Analogue to Digital broadcasting.

This was stated in a press release issued by SA to the Minister of Information and Culture, Segun Adeyemi in Beijing, China on Thursday.

Speaking at the 6th African Digital TV Development Seminar in Beijing, China, on Thursday, the Minister said the decision to engage in shared experiences and synergy on a continental level was reached by the African Ministers in charge of Information and Communication, who attended the

3rd Forum on China-Africa Media Cooperation also in Beijing, which preceded the Seminar.

‘’It is indeed worrisome that so far, only two African nations have successfully transited to Digital broadcasting. Others are in various stages of transition. It is therefore imperative that we all work together to achieve our set goal.

‘’In this regard, let me formally announce that the African Ministers in charge of Information and Communication who are attending this Seminar have agreed on the need for all African nations to jointly face the transition challenge, with a view to enhancing their success in meeting the deadline.

‘’I am happy to inform this audience that the Ministers held an exploratory meeting here in Beijing on Tuesday – on the sidelines of the 3rd Forum on China-Africa Media Cooperation – in furtherance of this agreement,’’ he said.

Alhaji Mohammed expressed gratitude to his fellow African Ministers for their ‘’Pan African solidarity’’, saying he had no doubt that working together on this digitalization process ‘’will not only improve our chances of achieving a successful transition, but will also open a new vista of cooperation in other areas, for the benefit of all our peoples’’.

He commended the organizers of the Seminar for continuing their tradition of providing a forum for advancing the cause of digital television development in Africa.

The Minister said in spite of the challenges faced by Nigeria in its efforts to transit from Analogue to Digital broadcasting, the country is confident of meeting the June 2017 deadline to switch off Analogue broadcasting, especially as it has successfully launched the pilot phase.

‘’We are confident because we, as a government, have the political will to drive the transition process. Also, all the stakeholders have demonstrated uncommon passion, patriotism and dedication to the cause of digitalization,’’ he said.