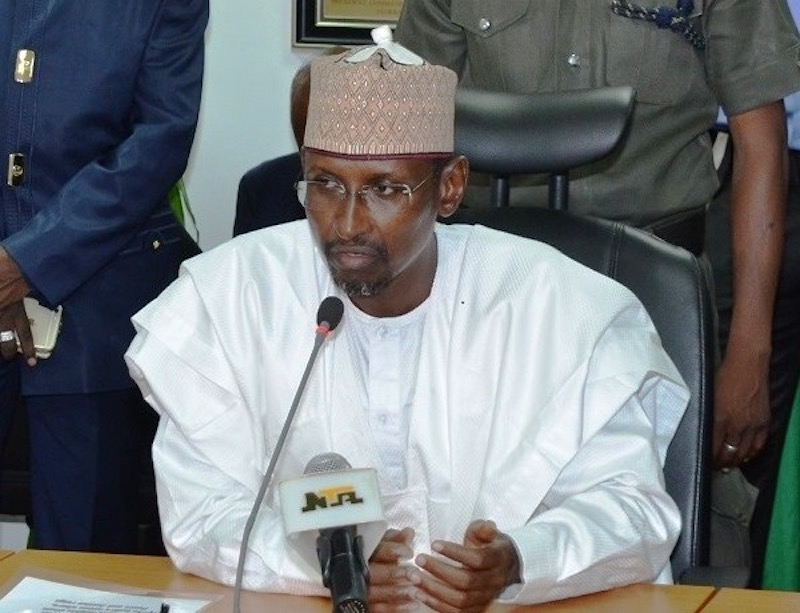 SETS UP TASK FORCE TO RECOVER N9.2BN OWED THE BOARD

The FCT Minister, Malam Muhammad Musa Bello has approved the immediate removal of the Director, Abuja Environmental Protection Board (AEPB), Baba Shehu Lawan who has been replaced by Mrs. Oluwatoyin Omolola Olanipekun.

The Minister has also approved the immediate removal of all heads of Department as well as Heads of Unit under the Board and directed their deputies to immediately take charge.

The Minister made these changes  after he and the FCT Permanent Secretary; Dr. Babatope Ajakaiye met with the former management team of the AEPB.

Malam Bello directed the Director of the FCT Establishment and Training who was also part of the meeting to issue the new appointees with their appointment letters.

He warned that all lackadaisical attitudes to work must be stopped forthwith as Abuja must be rid of filth, street beggars, street hawkers and all other environmental nuisances immediately.

The Minister remarked that a lot of things are not going on well at the Board and further warned the new team to work to change the tide immediately.

Meanwhile, the Minister has also directed that the former management team of the Board be constituted into a Special Task Force on the Recovery of N9.8 billion Debt owed AEPB.

Malam Bello instructed that the new Task Force be headed by the former Director of the Board and was given 8 weeks to do the recovery into FCT Administration’s coffers.

At the meeting, the Minister also approved the appointment of Squadron Leader Abdullahi Adamu Monjel (Retired) to head a special team of 200 security personnel drawn from the Nigeria Police Force and the Nigeria Security and Civil Defence Corps to assist in the enforcement of environmental laws in Abuja.

The Minister was however quick to warn the new management and special team to conduct their duties within the ambit of the law.

Malam Bello further warned that the FCT Administration will not tolerate any act of abuse of fundamental human rights of the residents in the discharge of their duties.

He urged them to diligently do their job by following and applying the law and due process.