Football Stadium Turned Into A Giant “Bathtub” Due To Heavy Rain 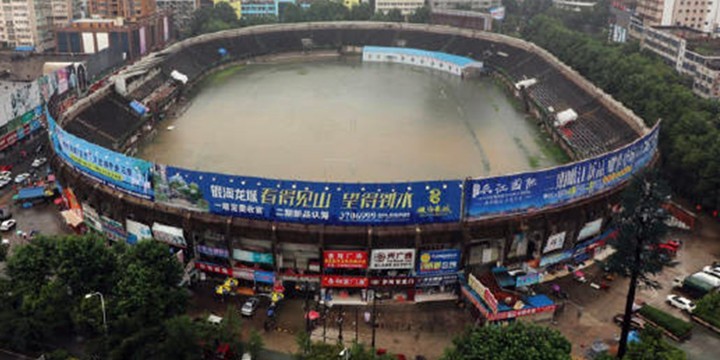 Uninterrupted rainfall has caused a football stadium to flood so much the goalposts are under water and it now looks like nothing more than a giant swimming pool.

Reports said similar freak weather conditions have not been seen for decades, and tens of thousands are now being evacuated from their homes. 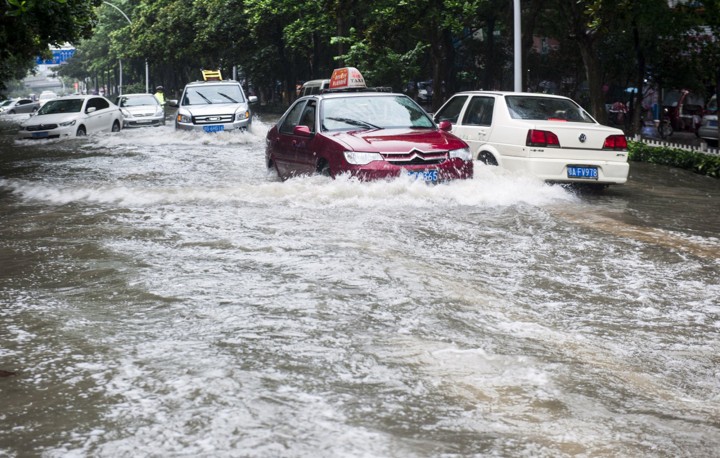 Heavy storms in the city of Ezhou, in Central China’s Hubei Province, have inundated the streets with water and have caused serious disruptions to public transport.

Mingtang Stadium, the city’s landmark, is now also full of floodwater, making it look more like a bathtub than football grounds.

Reports said it is the first time in 30 years, since the stadium’s completion, that it has ever been flooded, with water covering the pitch and even reaching above the goal at either end.

Incredible pictures of the open-roof stadium have since gone viral online, with netizens joking that the stadium seems to hold water quite well. 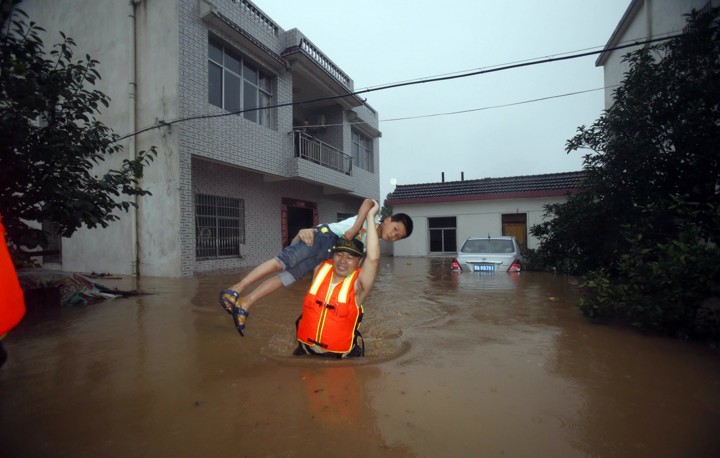 But officials are desperately dealing with the aftermath of one of the wettest summers, with rainfall still continuing to batter the city where 27 people have died and 16 are unaccounted for as a result of the weather.

The city’s meteorological bureau has issued ongoing storm warnings, with reports saying tens of thousands have been evacuated and relocated. 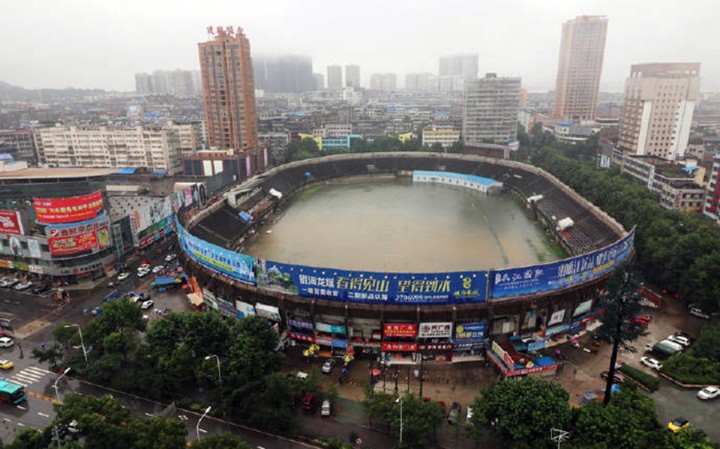 Since the beginning of July at least 14 provinces have reported floods and landslides caused by non-stop rainstorms, which some regions experiencing 300 millimetres of rainfall in just 24 hours.