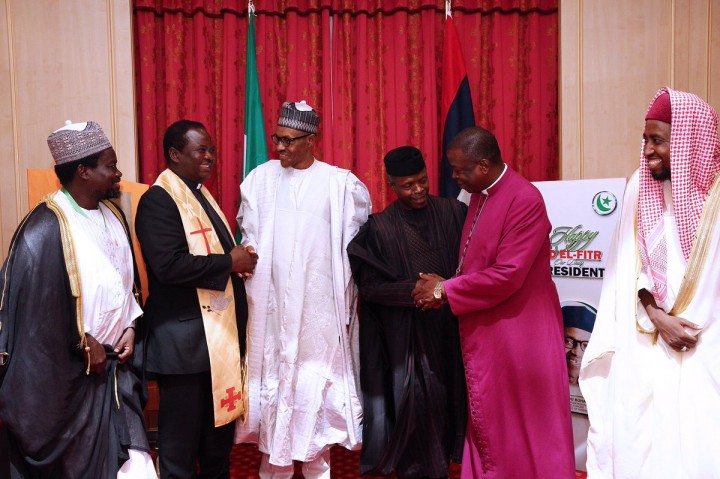 President Muhammadu Buhari has urged the Niger Delta militants and other belligerent groups in the country to embrace peace, saying that “One Nigeria is not negotiable’’.

Buhari gave the advice when some residents of the Federal Capital Territory (FCT) paid him Sallah homage at the Presidential Villa, Abuja on Wednesday.

The President called on well-meaning Nigerians to persuade the militants to give peace a chance, saying that his administration would continue to ensure justice and fairness in the country.

The President vowed that his administration would ensure that continued to exist as a geo-political entity despite the activities of the militants.

He said a lot of improvement has been made in checking the activities of Boko Haram. 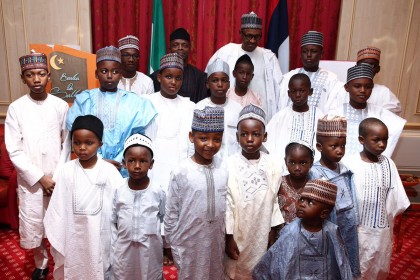 “We are now concentrating on the militants to know how many of them are there in terms of groupings, leadership and to plead with them to try and give Nigeria a chance.

“I assure them of keeping to the saying by Gen. Gowon that to keep Nigeria one is a task that must be done.

“In those days we never thought of oil, all we were concerned of was one Nigeria.

“So, please pass this message to the militants, that `one Nigeria’ is not negotiation and they had better accept it.” He said.

Buahri assured the militants that they will get what is stated clearly for them in the Nigerian constitution and that justice will be done.

The President also appealed to those in possession of Nigeria’s stolen funds to return them peacefully and negotiate with the government.

According to him, Nigeria is seriously in need of the stolen funds to uplift the quality of life of its citizens.

“And please tell those with plenty of money, which does not belong to them‎ to try and negotiate and return it in peace so that both they and us will be in peace.

“Otherwise, we will continue to look for it,’’ he said.

Speaking earlier, Vice-President Yemi Osinbajo, noted that the past one year had been tough for the government and Nigerians because the Buhari-led administration had been busy clearing up the mess it met on ground. 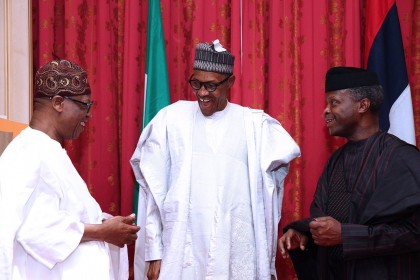 He, however, stressed the administration’s commitment to placing the country on a sound footing, saying: “things are already looking up.’’

He prayed that the President would continue to get the wisdom and strength to overcome all challenges facing the country.

The Minister of FCT, Alhaji Muhammed Bello and the leadership of the Presidential Villa Chapel presented Sallah greeting cards to the President.

Earlier on, Buhari had performed the 2-Raka’at Eid-el-Fitr prayer at the Mogadishu Mosque in Abuja.

The prayer was led by the Chief Imam of the Mosque, Major Hamisu Mustapha, whose sermon centred on the need for Muslim faithful to continue to exhibit the virtues of the Ramadan fast.

Members of the Federal Executive Council; Service Chiefs; the acting Inspector General of Police, Ibrahim Idris; traditional rulers; religious leaders; and some residents of FCT, were among those, who visited the president.