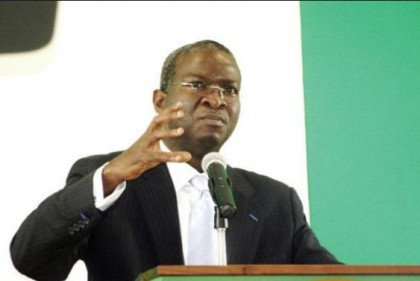 The Minister of Power, Works and Housing, Mr Babatunde Fashola, on Sunday ordered the immediate closure of the damaged Apapa bridge for emergency maintenance work to begin.

This is sequel to an assessment of the integrity of the bridge. The Minister made the announcement at a meeting with stakeholders in Lagos.

According to Fashola, shutting down the bridge was a difficult choice but saving lives was a better choice than the inconvenience the closure of the bridge would bring.

In his words: “It is a sobering experience that the Federal Government is now dealing with many years of neglect and abuse of the bridge by traders. There are many other bridges across the country that are begging for attention, maintenance and repairs.”

Lagos State Commissioner for Transportation, Mr Dayo Mobereola, said that alternative access routes from Apapa would be cleared of all encumbrances.

He said that truck owners had agreed to move their vehicles from the alternative access routes as Julius Berger begins the palliative works.