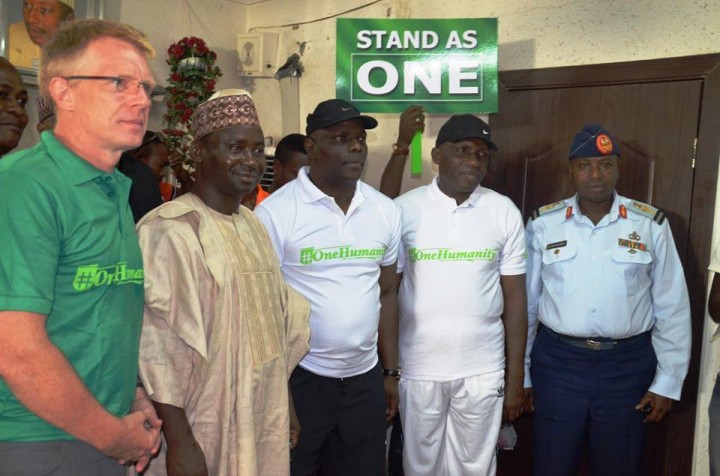 As the World marks 2016 Humanitarian Day, Nigeria has decided to return its citizens taking refuge in the neighbouring countries safely and in dignified manner.

The government has been rendering humanitarian services to the refugees in their camps with the assistance of United Nations High Commissioner for Refugees (UNHCR).

Mr Muhammed Sidi, Director-General of National Emergency Management Agency (NEMA), said on Friday in Abuja that discussion was ongoing with governments of those countries to ensure that the refugees returned.

He noted that most of the refugees fled from Nigeria due to insurgency, but restated that the military had recaptured their communities from Boko Haram and restored peace.

“There is an ongoing discussion with government of those countries that refugees who want to return voluntarily to Nigeria will return in a dignified manner and we don’t want to move them from camp to camp.

“We intend taking them back to their communities.

“The President has inaugurated a Presidential Committee to rehabilitate and reconstruct some of the infrastructures that were damaged in those communities,’’ h said.

The director-general confirmed that 2.1 million people were internally displaced in Nigeria.

He added that the figure had continued to change due to the successes being recorded by the military in the fight against Islamists.

He said that 40 per cent of the camps have been shut because the displaced persons voluntarily returned to their communities, which had been liberated from the insurgent.

“Governments at all levels are trying their best; Federal Government through NEMA, has been rendering assistance to the camps and the host communities since 2009.

“The state governments are doing their best but it is really not enough because of the magnitude of the problems; they are people who require special attention.’’

He stated that World Humanitarian Day was aimed at paying tribute to those who lost their lives in humanitarian services and to celebrate those that surmounted threats to life.

In his remarks, Jan Rogge, Country Director, Oxfam Nigeria, who collaborated with NEMA to organise a “walk’’, said people in North-East were in dire need, adding that they were currently reaching out to 250,000 people.

He said that at the end of 2017, Oxfam hoped to reach out to 1.5 million people, and commended the government and humanitarian agencies for assisting the IDPs.

NEWER POSTIPMAN To Partner With The Police To Check Pipeline Vandalism
OLDER POSTPolice Recruitment: PSC Shortlists 110,469 For The Second Stage