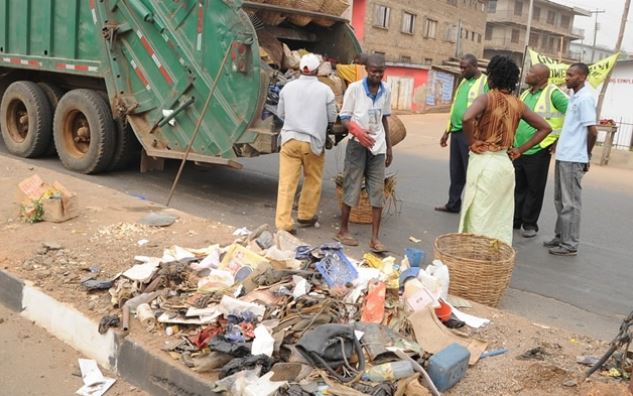 The 10th session of the National Council of Environment has approved a nationwide monthly environmental sanitation and will also reward the cleanest council all year round.

Hajiya Amina Mohammed, Minister of Environment stated this on Saturday in Lafia while briefing newsmen about the decisions reached at the end of the meeting.

The 10th National Council on Environment was tagged ” Environment and the Sustainable Development Goals (SDGs) in Nigeria: Empowering People, Taking Climate Action and Protecting the Environment.”

Chaired by Mohammed, the meeting was attended by all Commissioners of Environment from all states of the federation, Civil Society Organizations (CSOs), amongst other stakeholders.

Mohammed said the decision to reintroduce the monthly exercise was approved by the council following observation on the menace of poor solid waste management and sanitation issues.

She however, explained that there will not be limitation to the freedom of movement of citizens across the country.

Mohammed said that apart from the monthly exercise, sanitary facilities would be provided in public places and all transit system corridors to encourage citizens participation in keeping the environment clean.

The Minister said sanitation desks would be established in all the local government areas in the country to monitor and measure the level of cleanliness of every city throughout the year and come with an award for the cleanest city.

She explained that the prize for the cleanest city would be an award of grant from the ministry of environment to enable such city sustain the tempo of environmental sanitation. 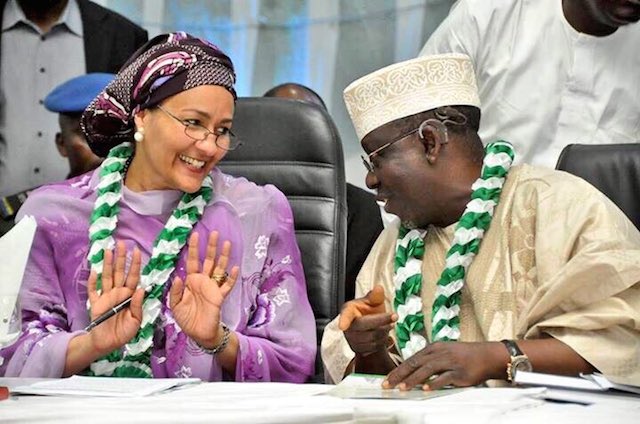 Sanitation: Amina Mohammed and Governor Tanko Al-Makura at the meeting of the National Council of Environment in Lafia, Nasarawa state (Photo: NAN)

Mohammed added that the grant would also be extended to the private sector willing to participate in cleaning the Environment.

She also said the ministry was collaborating with the Federal Ministry of Water Resources and the private sector to provide toilet facilities in public places with a view to stopping open defecation in the country by 2020.

Mohammed maintained that as part of its “Clean and Green” initiative to address the menace of indiscriminate disposal of plastic and polythene bags, the ministry would partnering with the private sector to achieve their goal.

“Our initiatives on waste to wealth are two pronged – protecting the environment from pollution and at the same time creating entrepreneurs in waste management and alternative cleaner energy sources,” Mohammed said.

She said that there is an Extended Producers Responsibility (EPR) framework for all plastics companies were expected to collect the wastes and recycle them.

“However, the companies might not be able to reach all nooks and crannies of the society, as such there is need to give incentives to people willing to collect the waste and deposit at designated sites thereby giving them a source of livelihood, ” She added.