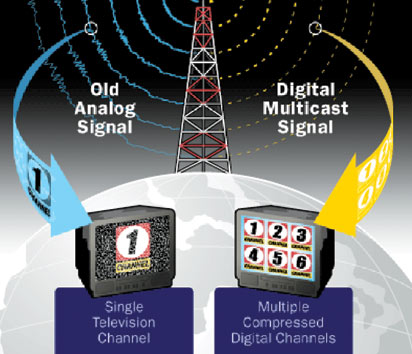 In an article by Haruna Omale Shuaibu, Zonal Director – NTA Star TV Network Limited, Nigeria failed to meet the June 17, 2015 deadline set by the International Telecommunication Union (ITU) for every country to transit from analogue to digital terrestrial broadcasting. The ITU first set a 2006 deadline for all countries to do the switch-over. But Nigeria and some other countries failed to meet the deadline. Since then, it has been a similar tale of deadline default.

However, with the new date in focus how prepared is the government on the likely challenges that will emerged during the process of flag off, switch on and switch off looking at the reality and experience within the period of dual illumination.

Why Jos Became the Pioneer State for digital Migration in Nigeria

I must say here categorically that Plateau State has played in the past a pioneer role in TV broad casting in Nigeria, Jos is refer as the home of colour television in Nigeria, TV college is also located in Jos and now it is the same state that is hosting the pilot project of our digital television switch over. The ability of the Country to meet the 2017 deadline depends largely on the success of the pilot project; hence Plateau is key to successfully achieving a digital switch over in Nigeria.

The issues of the carriers or the signal distributors remain un resolved, initially it was ITS, MTS and pinnacle the fact is that the Nigeria’s signal carrier licensing process is in a mess because too many different interests have had to be satisfied. In May 2014, the broadcast regulator, National Broadcasting Commission (NBC), issued a tender for a second DTT Network Operator Licence in Nigeria: “Licence to roll-out and operate a national terrestrial broadcasting signal distribution network in the Federal Republic of Nigeria.”

This digital transition in broadcasting will be a costly process. (both for Government and citizens) How affordable and available is the Set – top- boxes and it is currently unclear who will benefit from it or where the resources needed to make the transition will come from. There are costs for digital production equipment, for digital transition equipment and for set-top boxes and digitally-enabled TVs and again the issue of transmission fee to be paid by content providers has not yet been resolved by the NBC

There is expected challenge in my opinion about reconciling between the availability of channels that must be carried by the carrier free to air and that of pay TV that has to do with subscription charges and again Production of local content is likely to remain low because content providers will prefer foreign-sourced material.

We need to address the following, how informed are the general public about digital Migration, how do we intend to handle litigation challenges that will come from the broadcasters and what are the regulatory Support needed for this new frontier.

It is now important for Government to give waiver on the price of the STB, Regulators to control and manage the content transmission fee, introduction of more players in the manufacturing and distribution of STB, and reduction in the fee for broadcast frequency acquisition.