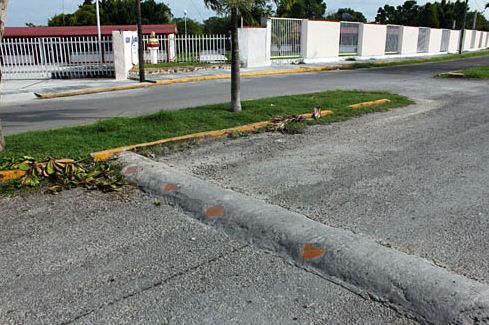 The National Council on Works has approved the removal of all illegal and inappropriate speed breakers on the nation’s highways.

Mr Bisi Kazeem, the Head, Media Relations and Strategy, Federal Road Safety Commission (FRSC), made this known to newsmen on Friday in Abuja.

Speed bump is a hindrance to speeding created by a crosswise ridge in the surface of a roadway.

Kazeem said that a task force has been set up to assess the correct location and the type of speed bumps to be erected on the highways.

According to him, this was borne out of the council’s observation that most of the crashes on the highways were traced to the presence of inappropriate speed breakers.

He said that this was part of the memoranda submitted by FRSC and the resolutions arising from the 22nd meeting of the National Council on Works held in Katsina.

“Most of the road crashes which occur on the highways can be traced to the presence of inappropriate speed bumps, which do not comply with the contemporary global standards on road markings and signage.

“The council, therefore, endorsed the constitution of a special task force to be led by the Federal Controllers of Works in each state, FRSC, Nigeria Police, State and Traffic Management Agencies.

“This is to sensitise and facilitate removal of illegal and inappropriate speed bumps from the highways in addition to determining the exact location and type of speed bumps to be erected.

“It will serve as part of the measures to reverse the trend of avoidable road traffic crashes,’’ Kazeem said.

Speed bumps have been identified as one of the major cause of damage to vehicles, particularly sports cars even at low speed and also slow the response times of emergency vehicles.

It was also revealed that speed bumps cause discomfort and back injury to drivers and passengers including those travelling on buses who may be walking down aisles or using the stairs, causing them to fall and injure themselves.

The speed bumps have also been discovered to cause vibration when vehicles navigate them and send shock-waves through the ground and this has been proven to damage nearby properties.