The Federal Executive Council has formally ratified the anticipatory approval of 30 Billion naira intervention fund for the Mining Sector by President Muhammadu Buhari in furtherance of his commitment to the diversification of the nation’s revenue base. 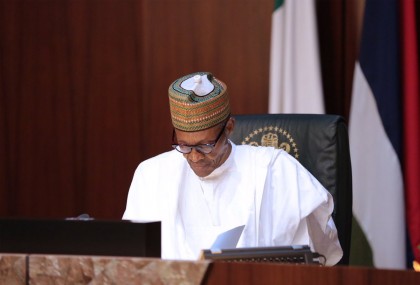 The Minister of Mines and Steel Development Dr. Kayode Fayemi announced this while briefing Journalists after the council’s meeting at the Presidential villa.
The money to be accessed from the Natural Resource Development Fund will be used primarily for Exploration activities which he described as the heart of Mining .

“In recognition of Mr. President’s campaigns promises to Nigerians‎ and in particular his consistent statement to diversification particularly in agriculture and mining sector, Council ratified the approval of N30 billion intervention fund for the mining sector. It will be highly focused on exploration. Exploration is the heart of mining; if you don’t search you won’t find.

“You have heard all sorts of talks about how rich Nigeria is in mineral resources but the quantity, quality, the geological prospectively has been a challenge because we have neglected the sector for such a long time.” He said

The council also approved the transaction advisers for the Concession of the 3,500-kilometer rail line in the country to be undertaken by General Electric a US-based consortium.

According to Minister of transport, Rotimi Amaechi, the transaction advisers with sit with GE as experts to negotiate the concession.
“The narrow Gauge railway will to a great extent assist the agriculture, mines, and steel development ministries in the transportation of the extracted minerals. We are rehabilitating at no cost to the government, the Port Harcourt-Maiduguri, which include Port Harcourt, Aba, Umuahia, Enugu, Makurdi, Jos, Gombe, Bauchi to Borno.

“Then Lagos to Kano will include Lagos, Abeokuta, Ibadan, ‎Ilorin, Kano, Funtua, Zaria and to Kaura Namoda, we are rehabilitating all of them.