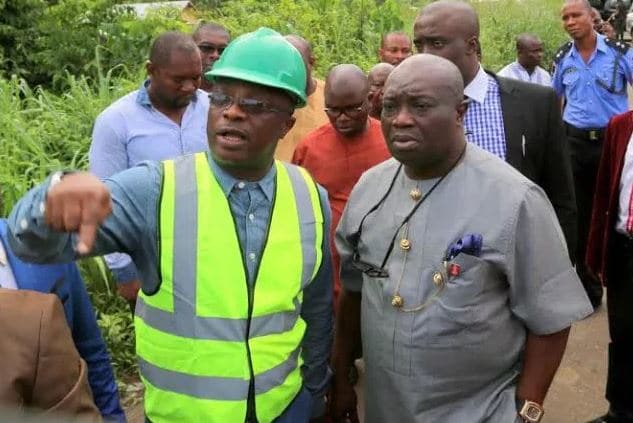 Abia state governor, Dr. Okezie Ikpeazu has expressed the need for the federal government to prioritise the rehabilitation of federal roads in the South-East geo-political zone in order to maximize the huge presence of small and medium enterprises.

The governor who spoke to NTA correspondent cliff Ayozie during a special assignment in Abia state says quality roads in the zone will boost federal government’s economic diversification efforts.

Of the over 35,000 kilometers of federal roads in the country, less than 10% of the roads could be found in the five states of the south-east geo-political zone.

Abia sate governor Okezie Ikpeazu says these roads linking Enugu through Abia to rivers state, Abia to Akwa Ibom as well as Onitsha Anambra to Owerri-aba roads have not received quality attention since 1970.

The governor says the level commerce driven by micro, small and medium enterprises and agricultural produce has made it economically imperative to reconstruct the roads. The president, south-east chambers of commerce further stressed its economic impact. Abia state governor expressed the readiness of governors of south-east states to partner the federal government.

Mr. Ukpai, who was speaking at Government House Umuahia said the vision of Governor Okezie Ikpeazu for awarding the contract for rehabilitation of Brass junction to the end of Faulks road Aba to a reputable contractor (SETRACO) Construction Company was to tackle the problem of flooding and that of Ifeobara basin near Ukwu-Mango.

The Deputy Chief of Staff office of the Governor stated that Governor Ikpeazu has remained dogged in fast tracking the economic development of Abia State through Agric Revolution , creating a conducive environment for trade and commerce to thrive in the state.

Chief Ukpai advised Abians to assist in the developmental process by paying taxes and other approved levies, assuring that the financial problems facing the state will soon be a story based on what the state Government has done so far in the areas of trade and commerce, agriculture, Education, Infrastructure, Health among others.