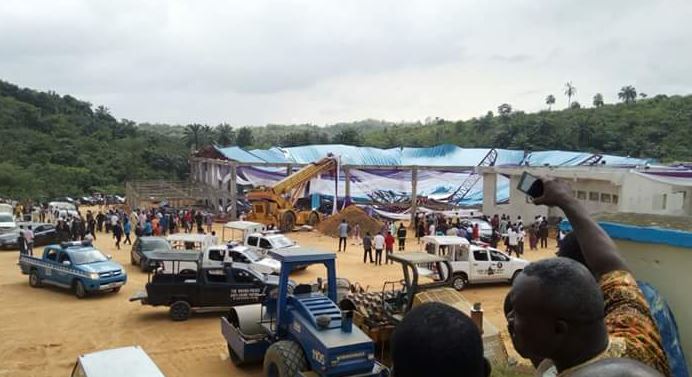 Rescue workers are battling to evacuate victims in a church building which collapsed in Uyo on Saturday while service was in session.

Some senior government officials are suspected to be among the victims.

Akwa Ibom Governor  Udom Emmanuel was reported to be a guest at the Reigners Bible Church for the consecration service of the Founder of the church, Apostle Akan.

The casualty figure has yet to be known but some are feared to be injured are taken to the hospital for proper medical attention.