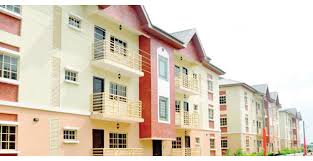 How Nigerian Banks, Insurance companies flouted National Housing Act for 24 years – FMBN MD
Banks, insurance companies defaulted in housing contributions for 24 years – FMBN MD
Abuja, Jan. 26, 2016 (NAN) Mr Gimba Kumo, Managing Director, Federal Mortgage Bank of Nigeria (FMBN) said on Tuesday that commercial banks and insurance companies defaulted in payment of their contributions to housing scheme for 24 years.
Kumo who made this allegation while briefing the Senate Committee on Banking and other Financial Institutions in Abuja, said that since 1992, the financial institutions flouted the Act which compelled them to contribute.
The FMBN boss also said that the Central Bank of Nigeria (CBN), which ought to enforce compliance, failed to do so, as they did not ensure the banks make their contributions to the National Housing Scheme.
“Section 5 of the NHF Act, provides that commercial banks are supposed to invest 10 per cent of their portfolio to the fund.
“Insurance companies on their part are supposed to invest 20 per cent of their life insurance funds and 25 per cent of their non-life funds into the fund.
“Section 11 provides that where the banks refuse to pay, the CBN is supposed to force the banks to contribute to the fund at an interest rate of four per cent.
“This has not been complied with since 1992, we have been following up with the CBN, but nothing has been done. “So this is an area that we need your support to ensure that the law is enforced,” he said.
He said that the FMBN was in dire need of the contributions to meet the over 16 million deficit in the housing sector. While calling on the Senate to assist the bank in enforcing other sources of revenue,
Kumo said that the non-formal sector was also being encouraged to contribute to the fund.
He said that the involvement would increase the contribution to the fund by 600 per cent and raise the monthly contribution from N2.5 billion to N3.5 billion.
He called on the Senate to also look into the huge money in the pension funds, which can also be used to fund housing in Nigeria.
Kumo called for the recapitalisation of the bank from the current N5 billion capital base to N250 billion to further empower the bank to meet the housing challenge in Nigeria.
“FMBN is supposed to be recapitalised to the tune of N250 billion but as I talk to you today, the capital base of the bank is only N5 billion.
“Even the N5 billion; is only the Federal Government that has paid its own share of 50 per cent, CBN that has 30 per cent is yet to pay, the Nigerian Social insurance Trust Fund which has the remaining 20 per cent is yet to pay.
“I am happy to inform you that the current Minister of Power, Works and Housing has written to the CBN and the NSITF to pay their contributions immediately,” he said.
The MD added that the bank through the National Housing Scheme was on the verge of completing 67,000 housing units and was currently targeting 72,000 new houses to be spread across the country.
He said that one of the major benefits of the 72,000 housing projects would be the generation of jobs, as 17 workers will be needed to build each of the 72,000 houses.
He said that the houses would spread across FCT, Lagos, Kano, Port Harcourt and the six geo-political zones with the major cities getting the largest.
“FCT will get 15,000: North Central will have 5,000: South East 5,000: Lagos 9,000: North West 7,000, North East 5,000: Kano 8,000: South South 5,000 and Port Harcourt 8,000,” he said.
The News Agency of Nigeria reports that the committee began its 3-day meeting with stakeholders in the banking and financial sector on Monday.

NEWER POSTGuinea Shock Super Eagles Out Of CHAN 2016, Join Tunisia In Quarter-Finals
OLDER POSTFG is Seeking Collaboration With France For The Training Of Basic Education Teachers To Teach French Language.