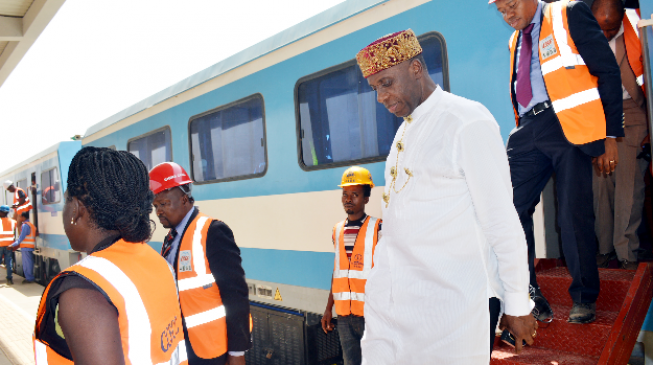 The Minister of Transportation, Mr Rotimi Amaechi has said that the Federal Government will re-connect the country’s railway with the sea ports in a bid to boost economic activities.

Amaechi stated this during a meeting he had with port professionals on Monday in Lagos.

The minister said President Muhamadu Buhari’s resolve to diversify the economy had brought to the front burner the need to implement the inter-modal means of transportation in the country.

He said the ministry is expected to start the process or construction of the Lagos-Kano, and possibly the Lagos-Calabar railway before June or July.

Amaechi also said that if the two contracts commence, he is hopeful that they would generate employment and also improve economic activity.

He added that all of these must terminate at the sea ports, so that importation can be done from any particular place in time.

“In terminating the railway, we are going to terminate one at Apapa and another one at Tin Can to encourage inter-modal means of transportation.’’ He added.

The minister gave the assurance that appropriate measures would be taken to ensure that the country received the right amount of revenue from the system.

Amaechi, finally, called on Nigerians to be patient with the Federal Government as its working diligently to revive the economy, beginning with the implementation of the 2016 budget.