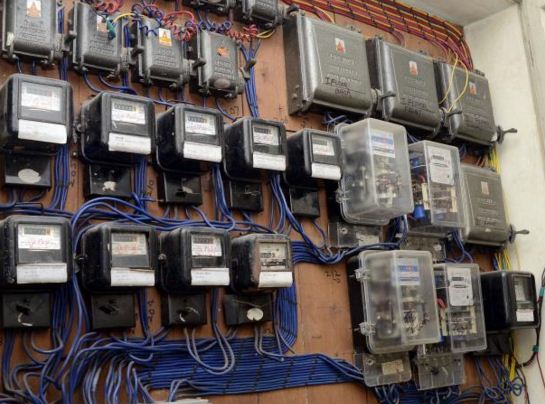 The Nigerian Electricity Regulatory Commission (NERC) on Wednesday asked consumers whose Distribution Companies (DISCOS) over-billed them through estimated bills to complain with valid documents to its office.

Dr Anthony Akah, Acting Chairman of NERC, made the appeal when the President of Nigeria Association for Energy Economics (NAEE), Prof. Wumi Iledare, paid him a courtesy visit in Abuja

“NERC is mindful of Nigerians, especially the un-metered customers, over the vexing issue of alleged wrongful billing or crazy estimated billing to customers.

“To that extent as a regulator, we have set up all necessary regulatory mechanisms, including monitoring, asking Nigerians to submit such complaints with evidence to our various offices.’’

According to him, the commission has recently come out with jingles and news publications in the newspapers to sensitise consumers to the issue of over-billing by DISCOS.

“It is totally unacceptable for any electricity distribution company to estimate any un metered customer without strict adherence to NERC regulations on estimated billing.’’

He said that the act of crazy billing of consumers was because the metering gap was much, adding that GENCOS, DISCOS and TCN went through privatisation uninformed roughly about 30 months ago.

Akah advised customers who volunteered to buy their own meters through Credit Advancement Metering Payment Implementation (CAMPI) that NERC had issued a directive that DISCOS must meter them within 60 days.

He added that where the DISCOS did not give consumers meters within 60 days, DISCOS could not estimate their bills or disconnect them.

The acting chairman said that it was the mandate of NERC to protect its consumers interest and at the same time, provide a conducive environment for the investors.

He explained that NERC had gone further to partner Consumer Protection Council because of its nationwide platform to deal with issues on consumer complaints and this would strengthen NERC’s mechanism to protect consumers.

He appealed to everybody not to vandalise the pipelines because the act would affect everybody in the country, adding that the decline in power generation was due to vandalism.

Akah explained that the gas supply issue was being taken care of, also vandalised pipelines were rapidly being repaired, adding that there was hope that Nigeria would soon start having incremental power.

Iledare said the association came to partner NERC to ensure that there was adequate and reliable power supply to Nigerians.

He assured the commission that the association was prepared to assist NERC in all aspects of energy economics to move the country forward.