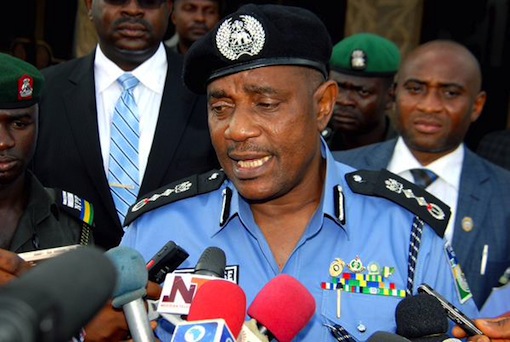 The Inspector General of Police, IGP Solomon E. Arase, has directed all Zonal Assistant Inspectors-General of Police and FCT/State Commands Commissioners of Police to arrest anybody found selling petrol and other petroleum products in plastic container.

The IGP stated this in a press release made available to the press by the Force Public Relations Officer, Force Headquarters, ACP Olabisi Kolawole.

The statement said that the Inspector General was concerned by untold suffering as well as hazard emanating from the activities of black marketers, especially those who sell petroleum products inside plastic containers/jerry-cans.

The IGP, who issued the directives in Abuja on Monday, said apart from the hardship this act is causing to fuel buyers, it has also rendered some innocent and law abiding citizens homeless due to fire outbreak from jerry-can petrol storage. He noted that fuel products such as petrol are highly flammable and if not stored and handled properly, can seriously endanger people, property and the environment.

While warning fuel attendants at filling stations to desist from selling petrol inside jerry-can/plastic container, the Inspector-General of Police said both the buyers and the sellers of the products will be arrested and prosecuted under the law.

The IGP, while assuring Nigerians of the Police readiness to fulfill its constitutional mandate, appealed for a more cordial relationship between the Police and the public.