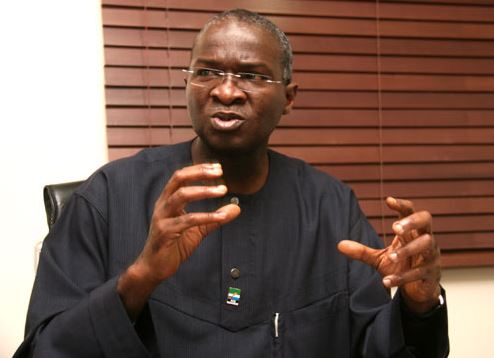 This is not a Dangote-only issue. There’s an existing tax policy that states that any individual or corporate entity that makes PRE-APPROVED investments in public-owned infrastructure is entitle to make claims on remission of INCOME TAX obligations.

It was made known after Council approved Memo for Dangote subsidiary to fund and build Obajana-Kabba road using cement, in exchange for tax incentives.

The Obajana factory of Dangote Cement is situated along this route.

“Companies are ordinarily supposed to pay income tax, there are existing policies in our laws which enable government to consider and give tax incentives.”, Fashola stated.

It is a known fact that cement is a better paving material for heavy duty/large truck roads than asphalt, as a result this concession will save the government billions of construction and maintenance naira, while reducing operating cost for the industries on that axis.

“So FEC considered and approved the proposal for Dangote Construction Company to build that section of the road because the tonnage of cement being produced from the factory has increased and the traffic in that area has increased, there has been unfortunate accidents there too.” Fashola stated.

“So it is a total economic policy which Council considered and approved because it gives support to industry; it enables us take benefit of our tax law to renew infrastructure at a time where we are really challenged for resources to finance all our roads. It also enables us to save lives by quickly and urgently rebuilding that road so that other commuters who also depend on the road for their livelihood would also benefit from the road.”

NEWER POSTUpdate On The Rescued Chibok Girl
OLDER POSTBuhari: Faster Progress Was Made Against Boko Haram When Corruption was Controlled In The Military