Owner of Collapsed Building Gets 52 Counts For Deaths 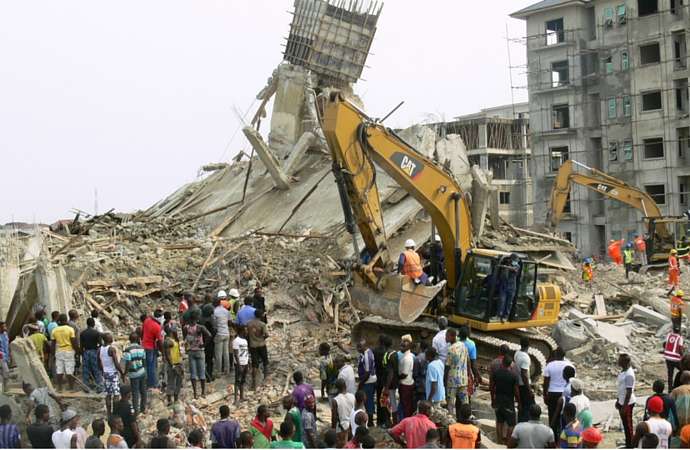 Samuel Karanja Kamau, the owner of the six-storey building in Kenya that collapsed in April, killing dozens has been charged by Kenyan police with 52 counts of manslaughter and five other counts related to the building’s construction. He denied all the charges Tuesday.

The six-storey building in Huruma, a poor neighborhood in the city, was constructed near a river and had been condemned by the authorities but it is unclear why it remained occupied.

It tumbled down in a heavy downpour on the night of April 29. The disaster was the latest of its kind in a rapidly expanding city where enforcement of construction codes is lax and violations are rarely punished. Several other buildings in Nairobi have collapsed in recent years although with fewer deaths.

The five other people accused in the collapse were not in court, and arrest warrants were issued for two of them after the prosecution said they failed to report to the police.

After eight buildings collapsed and killed 15 people in the country last year, an audit of Kenya’s buildings found that 58 percent in Nairobi are unfit for habitation.

With housing in high demand in Nairobi, some developers are accused of bypassing regulations to cut costs and maximize profits. Nairobi has been in the middle of a building boom for some years but the quality of materials used and speed of construction have sometimes been called into question.

The growing middle class has triggered an explosion in demand for housing and a rise in real estate prices in the east African capital.

The Lagos State government in May 2016, following series of building collapse in the state especially one at the Lekki Gardens declared zero tolerance on man-induced collapse of building. Stating that contractors and owners will be equally liable and will be prosecuted to the full extent of the law.