The Federal Ministry of Communications on Wednesday disclosed that government was making a move to counter seditious broadcast by rebellious groups in Nigeria. 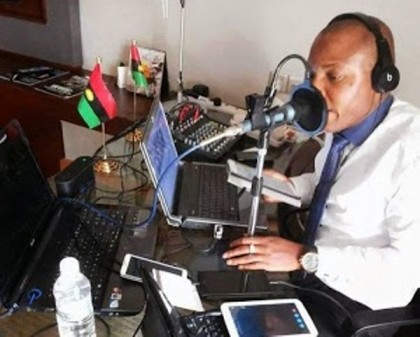 This is contained in a statement issued by Mr Victor Oluwadamilare, Special Assistant on Media to the Minister of Communications and made available to newsmen.

“In a move to counter seditious broadcast by rebellious groups, which is an anathema to national security, the Federal Government is set to rehabilitate all International Radio Monitoring Stations (IRMS) across the country,’’ the statement said.

It equally warned land speculators to steer clear of the IRMS property in various parts of the country.

The statement explained that the IRMS facilities in the country were for security surveillance to monitor radio broadcast activities.

According to it, the IRMS facility at Ipaja, Lagos covering the South-West geo-political zone was one of such strategically located stations in various parts of the country.

The statement stressed that the facilities were to guide against illegal use of the radio frequency airspace for unauthorised broadcast by proscribed groups, political and ethnic-motivated dissidents.

“The federal ministry of communications has adequately appropriated for rehabilitation works on the IRMS facilities across the country in the 2016 federal government budget.

“Government has consequently warned against any illegal occupation and acquisition of any fraction of land on which these infrastructures are located.

“Because of the strategic importance of these infrastructures, the general public is warned against purchase or acquisition of any part of the monitoring stations.

“The IRMS facilities are located in Azare, Gusau, Ipaja and Ogoja, to monitor broadcast activities across the country and its borders,’’ it said.

The statement said the warning was coming on the heels of what government considered as unauthorised acquisition of part of the land on which the IRMS at Ipaja, Lagos was situated.

It said that the land was currently a subject of litigation in a suit No ID5764/14 between Oguntoyinbo Abiola, Falola and Illo families of Ipaja, Lagos and the minister of lands and minister of communications.

The statement said that the title of the land on which the Ipaja IRMS was situated was still under litigation and pending before a competent court of the Federal Republic of Nigeria.

It said that the ministry was thereby forestalling anybody, group or family from encroaching upon the land acquired by the Federal Government since 1971.