We Will Clear Weeds At The National Theatre Soon – GM 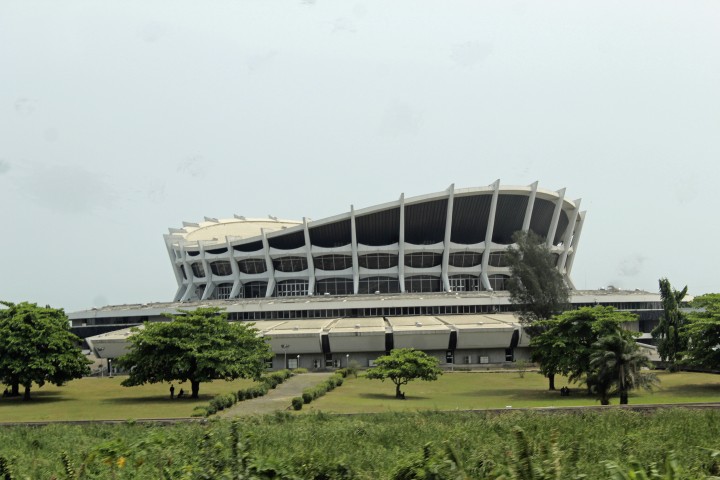 The Acting General Manager of National Theatre, Mr. Ndubuisi Nwogu, on Wednesday said that the overgrown weed in the theatre environment would be cleared soon and ensure they do not turn to wild plants.

Nwogu said this to the News Agency of Nigeria (NAN) in Lagos.

He told the agency that the over grown grasses are growing rapidly because the heavy rains.

“If you come in through, Moshood Abiola way, the first lawn you meet is Queen Amina, it has been cut and it is looking tidy.

“The theatre is a very big place, so by the time they are done with one side; the other sides are grown, because of the raining season.

“We have lawnmower and gardeners that cut with their cutlasses but it is a herculean job,” he said.

He said that the gardeners were working round the clock; “they are not resting”.

“The issue is that the theatre ground is very huge, so it looks as if one side is neglected for a period of time.

“Before they are done with one side the one they did will quickly grow, it is the season that is causing it,” he said.

He, however, said that the issue of people dropping horses and cows for grazing has been addressed because he had ordered the security personnel at the theatre to seize such horses.

“The horses and cows are able to come through the opening from the CCECC, the construction company at the theatre.

“We do not have the issue of security anymore,” he said.

Nwogu explained that that the light problem at National Theatre was due to its indebtedness to Eko Electricity Distribution Company.

“We have paid part of the bill but the company refuses to come and reconnect the light.

“The generating sets we have are doing the job but by this week the company will reconnect the light,” he said.

NAN reports that National Theatre is the primary centre for the performing arts in Nigeria.

The monument is located in Iganmu, Surulere, Lagos. Its construction was completed in 1976 in preparation for the Festival of Arts and Culture in 1977, (FESTAC 77).