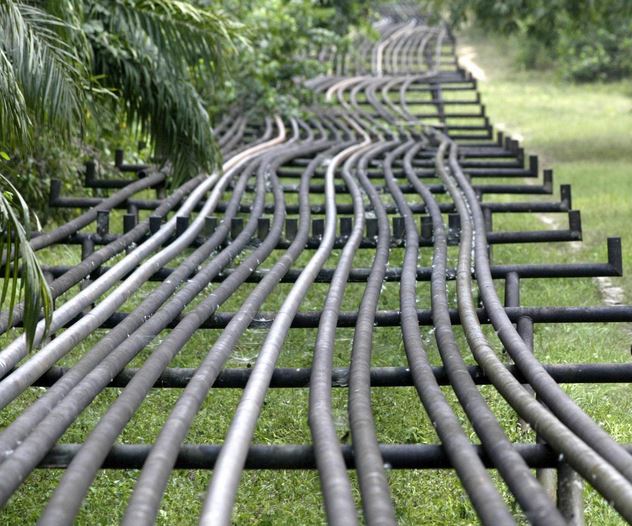 The activities of pipeline vandals and oil thieves are taking a toll on the operations of the Nigerian National Petroleum Corporation (NNPC) as the Corporation lost 560,000 barrels of crude to the refineries as feedstock and 109 million litres of petroleum products between January and May 2016.

The Group Managing Director of the Corporation, Dr. Maikanti Baru, who made this disclosure during a courtesy visit to the Commandant General of the Nigerian Security Civil Defense Corps (NSCDC) Abdullahi Gani Muhammadu, at the Corps Headquarters in Abuja, said the corporation suffered 1,447 incidents of pipeline breaches in the same period.

According to the GMD, “The 2016 National Budget plan was based on 2.2 million barrels per day of crude oil production. However, the budget plan is now grossly impacted due to renewed militancy with 700,000 bpd of oil production curtailed due to pipeline vandalism”.

Dr. Baru revealed that natural gas supply to power plants has also been impacted resulting in a drop from 1400 million standard cubic feet of gas per day to below 700 mmscfd and a drop in power generation to 2500 megawatts from 3000 MW owing directly or indirectly to the impact on the pipelines.

He called for a deeper collaboration with the NSCDC for enhanced protection of pipelines, gas stations, mega stations, refineries and other critical oil infrastructure across the country.

Responding, the Commandant General of NSCDC, Muhammadu said the mandate of the Corps is to protect critical national infrastructure including oil installations and assured the NNPC of its readiness to bring pipeline vandalism to an end.