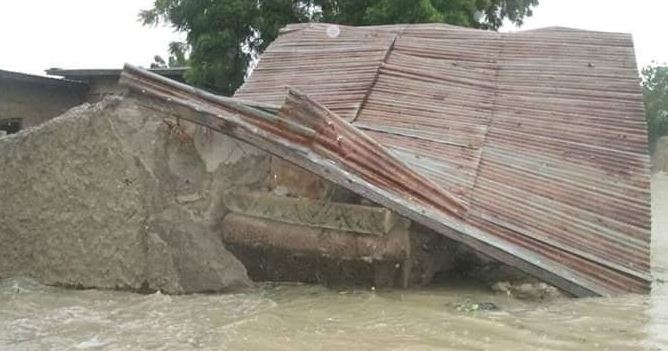 The Jigawa State Emergency Management Agency (SEMA) said at least 18 people have been killed and more than 6,637 houses destroyed by flood which ravaged 19 local government areas in the state.

The Executive Secretary of the Agency, Alhaji Yusif Sani, who confirmed the on Tuesday in Dutse said the destruction occurred during the presnet rainy season.

The deaths, he said, were recorded in Gwaram, Dutse, Jahun, Gumel and Ringim local governments.

Some of deaths were as a result of building collapse and it caused three persons to sustained injuries.

“The state has already started intervening in order to mitigate the suffering of the victims.

“We started with Jahun Local Government Area where we gave over N2.3 million to the victims to buy foodstuff.

“And this will continue until we reach all the victims in the state,” he said.

The Federal Government had earlier issued statements urging, (Particularly) people living along the banks to immediately relocate to safer locations away from the river in view of an imminent heavy downpour forecasted to happen in mid-2016.

Also, the Meteorological service had warned Nigerians of heavy floods this season and advised people to be more careful and proactive.