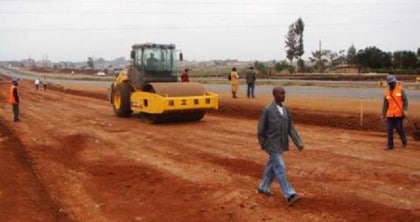 Hakeem Bello, Lagos: In order to ensure equitable development of road infrastructure across the country, the Federal Government has evolved a three-year plan for ­­­­­­ Federal roads that will ensure that year on year, major road projects are implemented fairly in each of the six geopolitical zones of the country.

The Minister of Power, Works and Housing, Mr. Babatunde Fashola SAN, who announced the plan Thursday at the National Council on Works Meeting in Katsina, said the plan which would be implemented between 2017 and 2019 was already being shared with the ministry of budget and planning for inclusion in the 2017 budget and future national planning data.

In his keynote address at the Council Meeting with the theme, “Prioritization and Optimization of Allocated Infrastructure Funds”, Fashola, who said the plan was meant to connect states within each zone and across the country, however, pointed out that
because the government’s resources were limited; it had to make choices which, according to him, border on priority and economic expediency.

The Minister said government would be guided in its choices by such factors as inputs from the Ministry of Agriculture and Co-Operatives, who, according to him, have provided data of critical roads in each of the six zones that are necessary to help evacuate farm produce to market.

Also roads leading to and from fuel depots will be high on the priority of choices because of the need to develop mining business and evacuate mining products and petroleum cargo to fuel the nation’s energy need, the Minister said adding that government has also given priority to roads leading to and from the nation’s major sea and airports because of the need to support the business of traders and importers.

The Minister said government was also giving priority to roads that carry very heavy traffic in order to reach more people with its limited resources because of the need to move large numbers of commuters adding that while government could not build all roads in one year, a faithful implementation of the plan would ensure equitable delivery of better roads across the country.

He declared, “Therefore, while it is true that we cannot build all roads in one year or even in three years, we are convinced that a faithful implementation of our plan, and the rational basis of our choices will deliver a better road experience, improved journey times and aid economic recovery in the short to medium term”.

He said on the Federal part, it has challenged and would empower the Controllers to be more effective and responsive to the states and communities they are posted to and to hold them to account for the quality of federal roads within their states adding that all federal controllers have agreed to take on the responsibility.

According to him, “The Controllers have been briefed to recognize their roles as ambassadors of the Federal Government in their states of posting and have also been mandated to develop closer working relationships with the state governments, the governors, the commissioners responsible for road works and infrastructure, the local government representatives because federal roads traverse local governments, and also the traditional rulers and community leaders through whose domains federal roads traverse”.

Urging the States to develop closer working relationships with the federal controllers in their domains, Fashola added, “They must share with you the information about federal roads in your state, while I expect that you will share with them, your individual state development plans, in order to establish critical interfaces and build lasting partnerships for development”.

“For want of a better example, let me urge you to treat and welcome our Controllers with the same warmth and hospitality that you usually extend to Ambassadors from other countries, and to promptly report difficulties to us in the Ministry whenever they occur”, the Minister said.

Noting that it is all about development and Nigeria, the Minister said the envisaged relationships should transcend political affiliations because, according to him, “Developments is a daily undertaking while political contests are seasonal encounters”.

Fashola, who noted that the Federal Government is a partner to all States and not a competitor with any, said in exchange for the new relationships for development Federal Controllers have been tasked to, among others, begin a process of identifying and reducing potholes with a view to eventually eliminating them.

They are also to ensure that as many villages and towns are properly located and sign boards erected at their boundaries “so that commuters can know as they travel what village or town they are approaching, entering or leaving as well as the distance”.

The Controllers have also been tasked to restore kilometre sign posts to all federal roads within their states to assist drivers and road users know how much progress they have made on their journey, restore all lane marking and highway signs on the roads within the state and clear federal highways of vegetation overgrowth for safety of commuters and, as much as possible, use local people to do these jobs in order to create some employment opportunities.

They will also recover the full width of the Federal right-of-way of 45.72 metres on both sides from the centre line, remove all obstructions from highways such as speed breakers and develop better solutions such as pedestrian bridges where necessary to eliminate collision between vehicles and pedestrians.

On plans to recover right-of-way on Federal highways, Fashola, who described it as a matter of utmost priority, said although the objective was not to relocate or drive away traders, government was intent on locating them to the set back of the 45.72m from road centre which constitute the right-of-way, adding, “We will not compromise on this”.

The Minister, however, promised that government would not engage in bulldozing structures currently on the right-of-ways but has decided not to issue new permits and not to renew the permits of those already having businesses there while asking those without permits to quit voluntarily.

Other tasks for the Controllers include working with sector commanders of the Federal Road Safety Corps to enforce the new speed limit regulation, educating road users about safety and enforcing the law against unqualified drivers from using Federal highways in order to reduce the danger they pose to themselves and other citizens.

Speaking on safety and insurance, Fashola, who recalled his remarks recently at an
insurance summit in Abuja to the effect that insurance business was not growing and employing as many people as it should, added, regrettably,
that enforcement of insurance laws has either diminished or was not being taken seriously.

“I committed to do my own part by ensuring that every contractor working for the Federal Government must show proof of a minimum of workplace safety and compensation insurance policy, as a commitment to the safety of employees before we pay them for work done”, the Minister said.

Recommending a similar commitment to Controllers in all the states, “as a step to ensuring safety of workers, and as a boost to the insurance sector of our economy”, Fashola also spoke about debts owed by the Federal Government to the states
saying in fulfillment of the promise to redeem these debts, President Muhammadu Buhari constituted a Committee of Ministers, which he (Minister) chaired, to review the claims.

“We have recently submitted a report which is receiving attention with a view to developing a payment solution that will require intergovernmental, inter-ministerial and parliamentary support”, he said.

Fashola commended the Federal Road Safety Corps (FRSC) and expressed support for its road safety initiative to increase highway patrols and ensure that motorists stay and maintain the use of the right lane unless they are overtaking, an initiative, he noted, is set to commence soon on Federal highways in order to promote safety. ”This accords with global best practice and FRSC plans a pilot programme that will increase slowly until nationwide coverage is achieved”, he said.

The Minister also frowned at what he described as the sad and unpatriotic actions of petroleum products transporters who, according to him, were carrying cargo of up to 60,000 litres on our highways, instead of the maximum of 33,000 litres approved by law, adding, “This must stop without delay. It is illegal business done at the expense of Nigerians”.

Thanking the Governor, the government and people of Katsina State for hosting the meeting, Fashola, who describe Katsina as both historic and a tourism destination, added that it highlighted the importance of good road connectivity as the Tourism Industry would not thrive without a good road infrastructure

Recalling the story of the origin of Daura, in Katsina State and home of President Muhammadu Buhari, Fashola declared, “Not only must we continue to project this story, and highlight the tourist opportunities here, it is important to connect these stories to the origins of the seven Hausa states and how they evolved into modern Nigeria and the history of what is now known as Katsina State”, adding, “This is where the work of this Council becomes most important, not only to rebuilding Nigeria, but also towards re-integrating Nigerians”.

Also present at the meeting, which was declared open by the State Governor, Rt. Hon. Aminu Bello Masari, were the Minister of State in the Ministry of Power, Works and Housing, Hon. Mustapha Baba Shehuri, Permanent Secretary (Works and Housing), Engnr. Abubakar Magaji, House Committee Chairman on Works, Executive Chairman, Federal Character Commission, Corps Marshal of the Federal Road Safety Commission, State Commissioners of Works of the Federation and senior officials of relevant Federal and State Ministries, Departments and Agencies as well as regulatory bodies and other stakeholders.