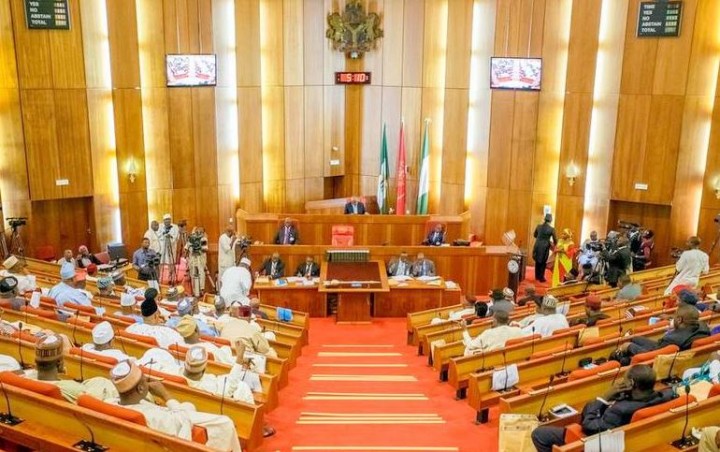 Nigerian Senate has approved the allocation of three percent of Value Added Tax (VAT) accruable to the Federal Government in the next 10 years for the rebuilding of the North-East.

Sequel to the adoption of the recommendation of the Ad hoc Committee on North-East Development Commission Bill, which also proposed that the commission should be domiciled in Borno.

It would be recalled that in June when the Bill came for third reading, the two issues of allocation and headquarters of the commission stalled its consideration.

The Committee on Special Duties had proposed that the commission’s headquarters be located in Abuja but Sen. Ali Wakil insisted that it should be sited in Bauchi.

Other senators from North-East states of Gombe and Borno, who also deferred, insisted that the commission headquarters be located in their own states.

Another contentious issue which the senators kicked against then was the proposal that 15 percent of federal allocation to every state of the region be deducted at source for funding the commission.

The proposal that 50 per cent of the ecological fund meant for each of the six North-East states should be deducted at source for the funding of the commission was also rejected by the lawmakers.

Due to the disagreements, the upper chamber was forced to suspend the clause-b- clause consideration of the bill, and therefore, formed a committee to look into the contending issues.

During plenary on Thursday, the lawmakers agreed with the ad hoc committee which proposed that three percent of Federal VAT be allocated to the commission for the next 10 years.

Presenting the report of the committee, its Chairman, Sen. Sam Egwu, said that the committee agreed with all other funding arrangements proposed by the bill.

“The committee reviewed and agreed to the funding arrangement that was proposed in the Bill but for the aspect that sought five percent of the Federal VAT without a time frame.

“Consequently, the committee reviewed the amount to five percent of the Federal VAT for the period of 10 years that will serve as intervention from the Federal Government,” he said.

With the adoption of the committee’s recommendation, the funding of the commission will also include 15 per cent of allocation to the six North-East states.

Also forming part of the funding is a 50 per cent deduction of the ecological fund due to the six North East states.

After adopting the recommendations, the Senate referred the Bill to the Committee on Special Duties chaired by Sen. Murtala Nyako.

The committee is to effect the changes in the area of funding and location of the commission and bring the Bill back for final passage (Third Reading).

NEWER POSTIs It Within The Mandate of The DSS To Investigate, Arrest Corrupt Judges? – Prof. Sagay
OLDER POST#ChibokGirls: Saraki Celebrates The Release of 21 Girls