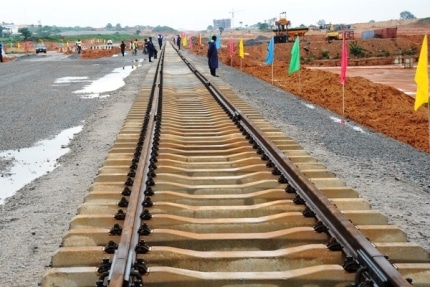 The Federal Government has approved $1.2 billion for the construction of the Kano-Kaduna standard gauge rail project.‎
‎
The Minister of Transport, Mr Rotimi Amechi, said in Kano on Saturday when he visited Gov. Abdullahi Ganduje, that the Federal Government was negotiating with China EXIM bank to finance the project.‎
‎
“We are negotiating with China EXIM bank and we are convinced that this negotiation will end by June,” he said.

The minister said that the Federal Government would provide about 100 locomotives for narrow gauge rail that would run through Lagos, Kano, Port Harcourt, Funtua and Gombe to improve the economy.

“Before the end of June Lagos-Kano narrow gauge rail would have more locomotives that would run through Lagos, Port Harcourt, Funtua, Kano and Gombe states in order to boost the economy,” he said.
‎
Amechi, however, thanked the governor for his efforts and the role he played during the last National Assembly election in Rivers where the party won one senatorial seat and four House of representative seats.

Responding, Gov. Abdullahi Ganduje, expressed his happiness and commended the president for fulfilling campaign promise.‎
‎
He said that Kano-Kaduna standard rail project would save the road from total collapse.
‎
Ganduje said that the state government recently signed a $1.8 billion Memorandum of Understanding (MoU) with a Chinese firm to construct light rail in the state capital.

‎He said that the light rail project would give a mega city outlook similar to other cities across the world. (NAN)