The Federal Ministry of Water Resources has been called upon to build more dams in the Federal Capital Territory, which can be used for agricultural purposes to upscale the living standard of the residents of the Territory. 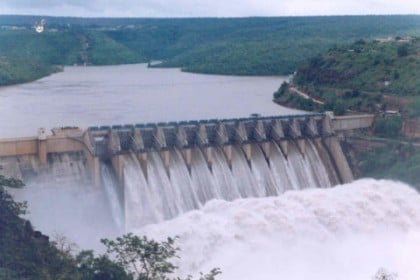 The FCT Minister, Malam Muhammad Musa Bello made this call on Monday in Abuja while receiving the Water Resources Minister, Engr. Suleiman Hussaini Adamu and some of officials of his Ministry who paid him a working visit.

The Minister said that the construction of new dams in the Federal Capital Territory would go a long way in improving economic activities in the rural areas where farming activities are taking place majorly.

His words: “As you know, Abuja is endowed with a lot of water resources and we have areas that are potential dam locations.”

“So, when you review your ongoing projects and you reach a point where you want to carry out new ones, please consider the FCT also among your new areas that you want to locate dams, particularly those that will enable us open up a lot of areas downstream for agriculture as this is very essential,” he stressed.

Malam Bello reiterated that the relationship between the Ministry of Water Resources and the FCT Administration has been a very close one and very beneficial for Abuja City and the Territory in general, because water supply for Abuja and the greater Abuja environment comes from the Lower Usuma Dam which can be fed from the Gurara Dam during dry seasons.

According to him, “as you also know, the dam was designed in such a way that Gurara Dam is to provide support at some specific periods in the year with additional raw water supply to be able to cater for the city. This support in recent times has been very crucial to us especially as the city keeps on expanding population wise and even physically with many districts being opened with enormous water reticulation being done”.

The Minister added, “This water supply is done through a pipeline that is about 75 kilometers long, which is quite extensive. It has been providing supply to us, as a matter of fact, every year, around this time; we get supplementary water from the Gurara Dam under the approval of the Hon. Minister”.

Speaking earlier, the Minister of Water Resources, Engr. Suleiman Hussaini Adamu remarked that the Gurara pipeline project was initiated basically to feed into the Lower Usuma Dam to augment the storage of the Dam, especially during the dry season.

He revealed that his team was in FCT Administration (FCTA) because the Gurara Water Transfer project was finished many years ago by the contractor, but there has not been any concerted effort to take over the project, either by the Ministry of Water Resources or FCTA thereby having a contract that was hundred percent completed but no closure.

His words: “When I assumed duty in November 2015 and I was getting briefed on all the on-going projects, I became very much interested in this project because of the time space that the project had been finished and nobody has taken over. I was made to understand that there was a Joint Committee between the FCTA and the Federal Ministry of Water Resources working out how to take over the project but not much work had been done”.

“Accordingly, we reactivated that Committee and got them to interface with the contractor. One of the key issues was that the contractor had been maintaining the pipeline for several years, but had not been paid and nobody had taken over,” he noted.

The FCT Permanent Secretary, Dr. Babatope Ajakaiye and other FCT Administration officials joined the Minister in receiving the team from the Federal Ministry of Water Resources.