Suleiman IdrisJanuary 30, 2017 10:15 pm 0
The Nigerian National Petroleum Corporation (NNPC) has clarified that it is not involved in the collection of signature bonuses (funds) paid by oil companies to the Federal Government upon their successful bid for oil blocks. 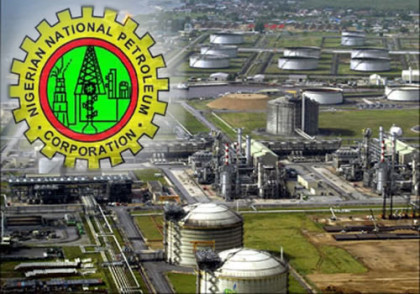 Shedding light on the role of NNPC in the oil revenue collection process at a hearing of the House of Representatives Ad Hoc Committee on Oil Prospecting Licenses (OPLs) and Oil Mining Leases (OMLs) on Monday, the Group Managing Director of NNPC, Dr Maikanti Baru, said the Corporation had no role in the collection of signature bonus.
According to the GMD who was represented by the Corporation’s Chief Operating Officer, Upstream, Mr Bello Rabiu, it was the Department of Petroleum Resources (DPR), not the NNPC, that was charged with the responsibility of taking receipts of signature bonuses and royalty.
The GMD, however, said the arrangement allowed NNPC to lift the royalty oil from Production Sharing Contracts (PSCs) and remit the proceeds to the DPR, adding that confirmation and reconciliation of royalty payments to the sister agency were carried out at the monthly meeting between the Office of the Accountant General of the Federation and revenue generating agencies.
NNPC assured the Ad Hoc House Committee that it would furnish it with all pieces of information on its royalty remittances from the PSCs to the DPR from 1992 till date.
On his part, Chairman of the Ad Hoc Committee, Hon. Gideon Gwani, said the Committee decided to invite all the agencies involved in the collection of oil revenues and the Central Bank of Nigeria (CBN) to resolve the claims and counter-claims regarding the whereabouts of some signature bonuses and other revenues from some OPLs and OMLs.
He explained that the committee was mandated by the House of Representatives to investigate the award of all OPLs and OMLs granted to oil companies by the Federal Government, to, among other things, ascertain whether due process and guidelines for the acquisition of oil and gas assets were complied with.
Other agencies invited for the hearing included the DPR, CBN, Office of the Accountant General of the Federation and the Petroleum Training Development Fund (PTDF).
Ndu Ughamadu
Group General Manager
Group Public Affairs Division
Nigerian National Petroleum Corporation
Abuja.
30th January, 2017.