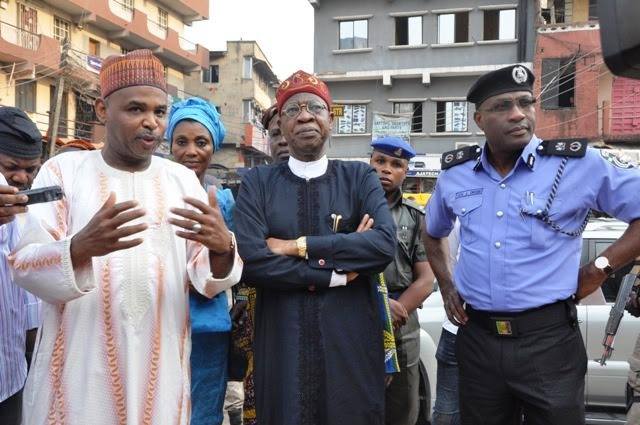 FG Will Not Tolerate Destruction of National Monuments – Minister

Segun Adeyemi, Abuja: The Minister of Information and Culture, Alhaji Lai Mohammed, has said the Federal Government will not tolerate the destruction of national monuments anywhere in the country for whatever reason.

The Minister gave the assurance when he visited the site of a national monument – the 190-year-old Brazilian style building in Lagos – on Sunday.

“Because they wanted to develop this place, they have broken so many laws. Fortunately, this is a country of laws and we are ready to meet them in court and one thing I can assure you is that nobody can benefit from his own crime.

“I want to assure you that we will challenge them in court and we are going to get our reliefs and we will restore this building to its formal glory. We have the picture, we will rebuild it,” he said.

Alhaji Mohammed said the monument, built by returnee slaves from Brazil, is unique because it chronicled the historical, cultural and social relationship between Nigeria and Brazil

“It is like a living monument of our (slave trade) past. It was a monument that exhibited the Brazilian architecture at that time, which is rare to come by anywhere in the world. It is a remembrance of what our ancestors went through in slavery and how they triumphed, came back and showed that they were well-to-do.

The important thing is that a people without history will perish very fast. This building was worth billions of dollars because it symbolized our past.

“No amount of skyscrapers can replace this history and all important monument that has been demolished, and I want to assure you that nobody can profit from his crime. You cannot go to court now and say that because the structure has been destroyed, the land should go back to the owner.

“This is why I have come here with the (Lagos State) Commissioner of Police, who has been quite helpful. I want to assure Nigerians that
we are going to pursue whoever has destroyed this place. It may take time, but the hand of the law is long and the wheel of justice grinds slowly but surely,” he said.