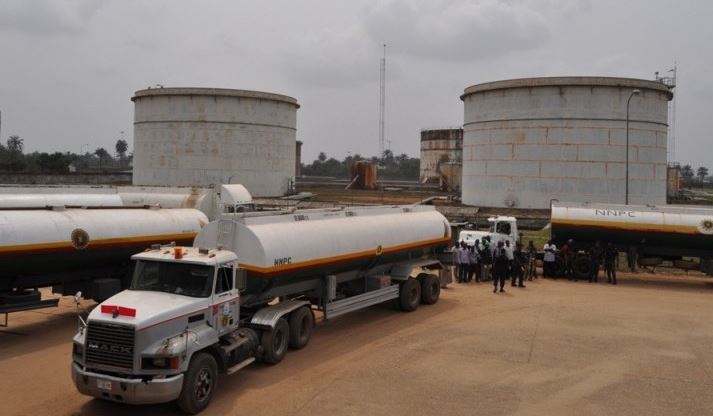 This is disclosed in a press statement issued by the Group General Manager, Group Public Affairs Division of the NNPC, Ndu Ughamadu
in Abuja.

Speaking during a courtesy visit by the management of the New Telegraph newspaper in Abuja, Dr Baru said that as the supplier of last resort, the Corporation would continue to live up to its responsibility by intervening in the supply of deregulated petroleum products like diesel, jet fuel, kerosene and cooking gas to ensure supply sufficiency.

“We have consistently brought in between 30, 000 to 45, 000 metric tons of diesel on the average every week which is more than what we need to augment the required supply demand nationwide. We have also intervened in the supply of ATK and also ensured 20 days sufficiency,” Dr Baru said.

He said it was not in the interest of NNPC to operate as a monopoly as the Corporation preferred a situation where private sector operators also play an effective role alongside NNPC, especially in cases of emergency.

The GMD thanked the management of the New Telegraph for its support in the Corporation’s anti-pipeline vandalism advocacy and promised to ensure a close and sustained partnership with the media.

The Managing Director of the New Telegraph who is also the President of the Nigerian Guild of Editors, Mrs Funke Egbemode, said her organization had done much in the past to support NNPC and that it was willing to do more.

She commended NNPC for its resilience in weathering the storms over the years and staying on course in its management of the nation’s hydrocarbon wealth to ensure that Nigeria remains prosperous.

The New Telegraph boss said her organization cherished its relations with NNPC and would like to explore ways of deepening it.
She also commended NNPC for the feat of ensuring a fuel-scarcity-free end of year holiday season in 2016.

NEWER POSTPlateau Utd Still On Top Of The NPFL Table, Continue Unbeaten Run
OLDER POSTI Have Not Spoken To Anyone On The President’s Return – Lai Mohammed