US to pump $1b into Nigeria’s power sector 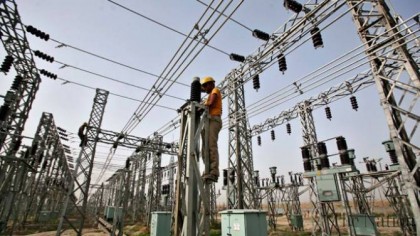 US On Power Sector In Nigeria

Power Africa, an initiative by the US government to light up Africa, on Tuesday said it was planning to invest about one billion dollars on the power sector in Nigeria, the programme’s coordinator, Mr Andrew Herscowitz said.

Herscowitz announced this in Abuja at a news conference on strengthening the power sector in Nigeria.

The coordinator, who said U.S. was committed to strengthening the power sector in Nigeria, added that America has already committed billions of dollars in funding the nation’s energy projects.

He said `Power Africa’, launched by President Barack Obama in 2013 to increase electricity access, is aimed at adding more than 30,000 megawatts of cleaner, more efficient energy development in sub-Saharan Africa.

“Since Power Africa was launched, U.S. Trade Development Agency has committed approximately 6.5 million dollars in funding for 10 activities supporting Nigeria’s energy sector, which could leverage up to 2.7 billion dollars in investment.

“It has advanced 50 million dollars in financing from the Oversea Private Investment Corporation (OPIC) to Lumos, a Nigeria-based solar energy company, to scale up it’s off grid solar power service to about 200,000 Nigerian homes and businesses.

“Power Africa has supported power companies in the country to the tune of 100 million dollars capital expenditure credit enhancement facility with a corresponding 6.5 million dollars in technical assistance

“And (supported) another 1.5 million dollars for limited commodity to turn around the DISCOS,” he said.

He said that functional power distribution companies were critical to the development of the country.

According to him, well functioning DISCOs are critical to the delivery of electricity in Nigeria.

“If the DISCOs do not work, the energy sector as a whole does not work.”

He said Nigeria, like any country, needed to see capital flowing through the entire energy value chain.