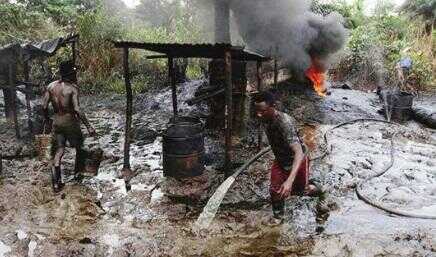 Acting President Yemi Osinbajo, says the Federal Government plans to establish modular refineries to engage youths involved in illegal oil refineries in the Niger Delta. This, according to Osinbajo will discourage illegal refining in the region.

The acting President made this known at a stakeholders meeting with members of the All Progressives Congress (APC), Rivers chapter in Port Harcourt on Tuesday.

He said that President Muhammadu Buhari led government was sincerely committed to ensuring that young men and women in the region were properly engaged.

Osinbajo said that the Federal Government will continue with the amnesty programme in spite of suggestions to end it, adding that more commitment had been made toward the programme than ever before.

The acting President also said that the level of work done by the Federal Government on the East/West Road in the last 18 months was much more than works done in six years.

He said that the Lagos/Calabar Rail Line through Port Harcourt was a critical infrastructural project for the government.

“At the moment, we have already set aside our own part of the counterpart fund. We are waiting for a facility from China to commence the project.

“I’m sure you know how hard we fought when there were some issues with it in the National Assembly. We fought hard to include the project in the budget and it is included,” he said.

Osinbajo said that in spite of the economic challenges and lean funds, the government had been able to assist states with funds in paying salaries because of prudent management of resources.

He urged members of the APC and leaders of the Niger Delta not to use violence as a solution to issues.